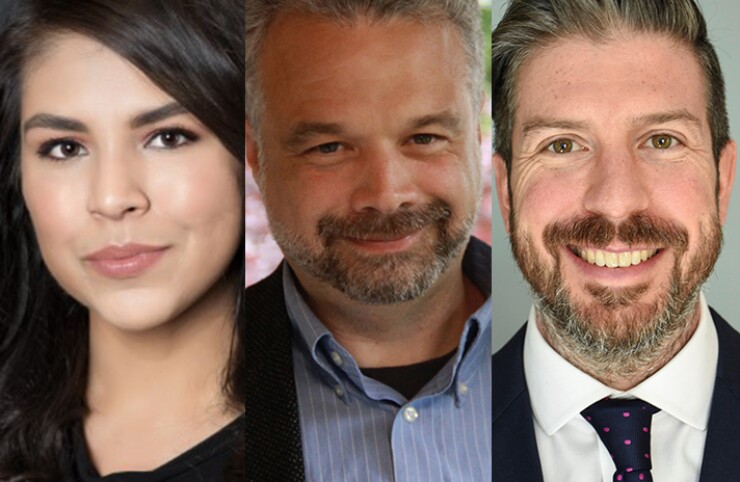 Ramirez & Co. is expanding its public finance business across the country with the addition of three senior investment bankers in New York and Texas.

The trio also brings quantitative and analytical skills as well as the client relationships needed to enhance the New York-based firm’s investment banking business, according to a press release.

“The importance of strong relationships coupled with excellent quantitative and analytical skill for our clients has never been greater,” Sam Ramirez, founder and chief executive officer, said in the release. “Gabby, Carlos, and Chapman bring that knowledge, as well as key relationships, and we look forward to their success at the firm,” Ramirez added.

Based in Austin, Briceno, who joined the firm last week as a senior vice president, will help the firm fuel its overall growth by focusing on bond underwriting services for Texas issuers.

“The addition of Gabby to our Texas team is allowing us to increase and enhance our ability to serve issuers in Texas and the Midwest, and to build upon the great work the firm has recently been doing in Texas,” Ramirez said.

Briceno graduated from Southern Methodist University with a Bachelor of Business Administration degree in finance. She is a member of both the National and Texas Chapters of Women in Public Finance, having been a past president of the Texas chapter and currently serving as treasurer. Briceno was the 2019 recipient of National Women in Public Finance’s Rising Star award.

With nearly 30 years of experience in municipal finance specializing in quantitative analysis and housing finance, Montoya, a managing director in New York, covers housing issuers nationwide and provides quantitative leadership for a broad range of municipal issuers in the Midwest.

“We are very excited about Carlos joining us as his expertise in housing finance is top tier, with one of the best quantitative minds in our industry,” Ramirez said of the veteran banker. Previously, Montoya worked for Caine Mitter & Associates, and in the housing group at Bank of America/ Merrill Lynch, having begun his career at Merrill.

With over 20 years of investment banking experience, Grumbles has managed over $15 billion of public and private colleges and universities, academic medical centers, cultural institutions, and foundations over two decades.

“We are very excited about Chapman joining us as his technical expertise and excellent relationships with clientele across the country will allow us to build on our momentum in the higher education sector,” Ted Sobel, head of public finance at Ramirez, said.

“I look forward to partnering with new colleagues to build upon the firm’s national and higher education success,” Grumbles said this week.

Grumbles, who arrives at the firm from Jefferies & Co., earned a bachelor’s degree in business management from Babson College.

“We are pleased that we are able to continue to expand our staff with incredibly talented individuals to both cover additional sectors of public finance and further enhance already strong areas of our banking footprint,” Sobel said.