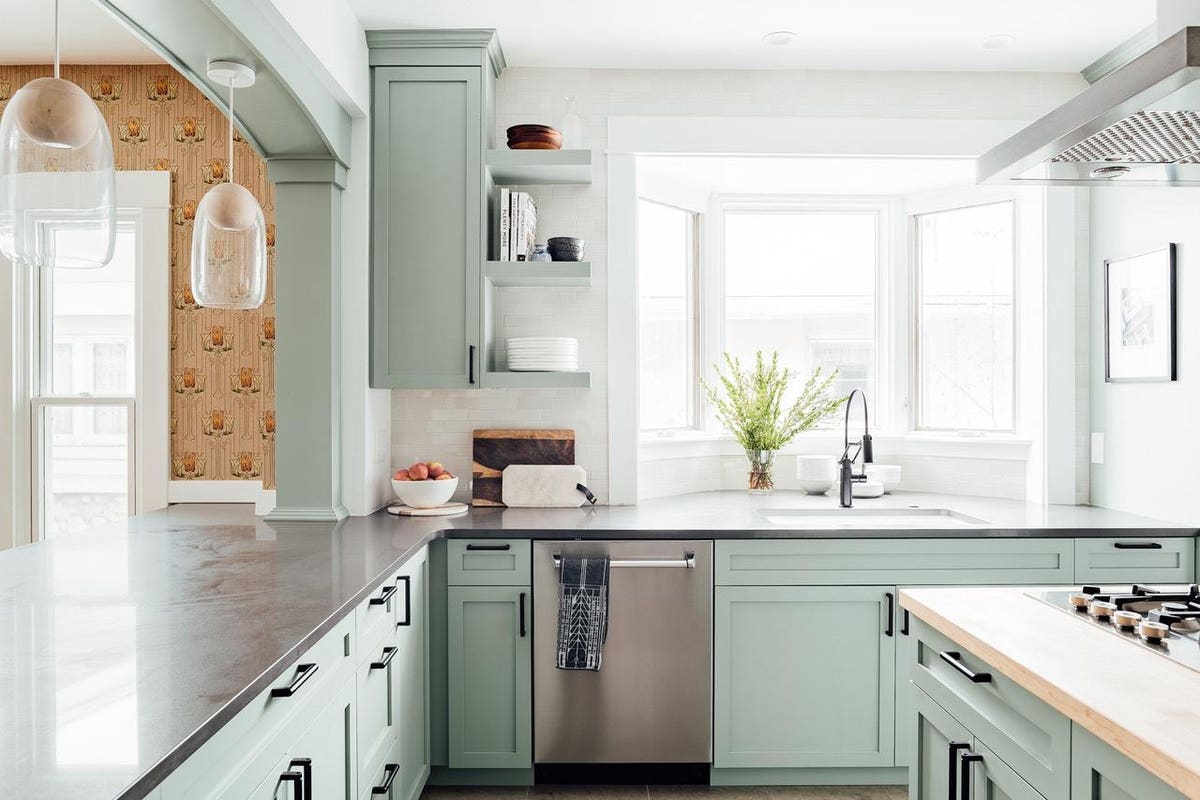 Our kitchens are not what they used to be. Once mere workspaces, they have become the rooms where families spend a majority of their time. No one knows this better than the Italian home appliance manufacturer founded in 1882 by Francesco Bertazzoni, which makes it the longest-standing family-owned appliance brand.

“One of the positive things about the pandemic is that people are experiencing the pleasure of more time at home,” says Nicola Bertazzoni, Bertazzoni Chief Operating Officer and sixth generation family member in the business. “Today, we see the kitchen as a source of joy and inspiration.”

“Here in California, you are what you drive,” adds Michael Rockstroh, who oversees operations in North America. “Now that is true for the kitchen.”

Bertazzoni has just released the results of its 2023 Kitchen Trend Report, which makes its debut at the end of the company’s 140th anniversary celebration. The survey was conducted online by The Harris Poll on behalf of Bertazzoni within the United States from October 6-11, 2022 among 2,029 U.S. adults ages 18 and older, among whom 1,408 are homeowners. Results show that, in 2023, the kitchen truly is the heart of the home, central to our daily lives and well-being.

According to the survey, three out of four homeowners (75%) say they use the kitchen more than any other room in their home. Now, despite forecasts for a cooling housing market, state-of-the-art, large kitchens are in high demand. Whether looking for a refresh, a complete renovation, or a new house — homeowners will likely prioritize investing in kitchens.

A Connection To Nature And Induction Cooking

According to the survey, as we continue to spend more time at home, consumers are craving a sense of sanctuary: they are drawn to spaces that support rest and providing a source of joy and inspiration. For many, this is created by fostering a connection to nature. And while biophilic design has been on the rise for years, it’s now manifesting not only through the use of nature-inspired elements like wood and earth-toned color schemes, but through eco-conscious materials. Today’s homeowners are taking environmental considerations as well as aesthetics into account in their spaces.

“Appliances engineered for sustainability are now a must,” says Nicola Bertazzoni. “This is fostering a shift to induction cooking. In central and northern Europe, the shift has been growing for both economic and environmental reasons. In the United States, the trend is moving from the coasts inward.”

Bertazzoni says that “Going from gas to induction is like going from a tube TV to a flat-screen model.”

The study showed that 84% of US homeowners say that they want to purchase sustainable products for their home.

The Case For Two Kitchens

“Back kitchens” or “prep kitchens” are one of the hottest new premium kitchen trends: 42% of US homeowners say they would want a second kitchen in their home if money were no object. This jumps to 61% among those aged 18 – 44.

According to Bertazzoni’s survey, many homeowners aspire to have a second kitchen to create a separate, discrete space for food preparation. Offering the best of both worlds, homes with back kitchens allow an open, “front of house” entertaining space to host guests with an adjacent space to keep food prep and used dishware out of sight. For high-end homes, back kitchens create space for Instagram-worthy entertaining with friends and family.

Mixed Metals Are In Demand

Nearly three in four U.S. homeowners (74%) are open to mixing metals within their home’s decorative finishes, demonstrating an appetite for sophisticated contrast and personality.

“This is an opportunity to personalize appliances,” says Nicola Bertazzoni. “It allows for more personality.

“At the same time, because kitchen appliances are a long-term investment, homeowners want timeless elegance”

Bertazzoni’s recently introduced Collezione Metalli collection has become a top-seller, with over 70% of Heritage Series Range purchases including corresponding metallic accents. These jewelry-inspired knob and handle elements bring refined, decorative details to the kitchen, with the company’s growing portfolio of high-end finishes like real gold, copper, and black nickel-plated finishes — which can be referred to as “truth in material” — creating high-quality design statements.

“White Out”: Kitchens with Character are Coming Back

The advent of the highly personal kitchen is on the rise, particularly among consumers and homeowners who already embrace color in their personal style, and who tend to be more open to colorful kitchens with high-impact personalities. The survey found that only 19% of Americans find all-white kitchens appealing.

“People have an emotional response to color,” says Nicola Bertazzoni. “They venture into more expressive designs through colorful cabinetry, bold surfacing and appliances that provide a more personalized aesthetic.”

Two Tone Cabinets Are Too Much

Less than a quarter of U.S. homeowners (23%) say that contrasting colors or finishes, like blue lower cabinets and white upper cabinets, are of interest, making this once-buzzy trend officially on its way out.

Instead, designers and homeowners want to create contrast through eye-catching appliances, which can serve as the focal point of the kitchen without overwhelming the space.

Bitcoin bulls plan to flip $23K to support by aiming to win this week’s $1B options expiry
Munis firmer across the curve, outflows return
Texas sale taxes hit record in January amid slower growth rate
Rent prices have dropped the most in these 5 U.S. metro areas. Why it’s cheaper to rent in many markets
New York AG will seek sanctions on Trump, lawyers over ‘false’ court filings in fraud suit