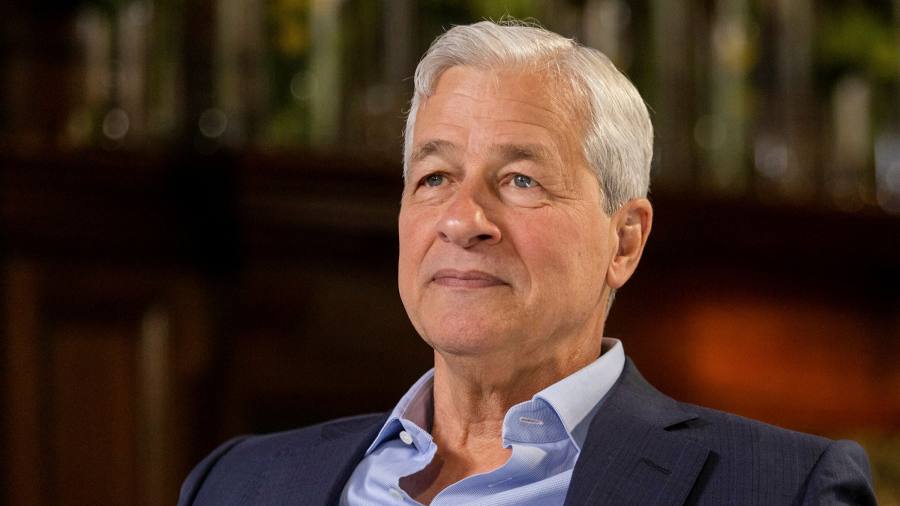 JPMorgan Chase chief executive Jamie Dimon on Wednesday warned investors to brace themselves for an economic “hurricane” as the war in Ukraine and policy tightening by the Federal Reserve roil markets.

Dimon struck a gloomier tone on the economic outlook than in remarks he made just last week during JPMorgan’s first investor day in two years, when he referred to the threats as “storm clouds”.

“I said they’re storm clouds, they’re big storm clouds here. It’s a hurricane,” the CEO of the largest US bank by assets said at a financial services conference organised by Autonomous Research.

“That hurricane is right out there down the road coming our way. We just don’t know if it’s a minor one or Superstorm Sandy . . . And you better brace yourself.”

The comments from Dimon, whose forecasts are closely followed on Wall Street, came as US stocks whipsaw over doubts about the health of the US economy.

Dimon warned investors that the war in Ukraine would continue to put pressure on global commodity markets and that the conflict could push oil prices up to $150 or $175 a barrel.

Brent crude, the international oil benchmark, is currently trading at around $117. The EU this week agreed a ban on seaborne oil imports from Russia as it tightens sanctions on Moscow over its invasion of Ukraine.

Dimon also warned of the risk of market volatility as the Fed implements its policy of “quantitative tightening”, under which it will begin shrinking its roughly $9tn balance sheet in an effort to combat high inflation.

“They do not have a choice because there’s so much liquidity in the system,” he said. “They have to remove some of the liquidity to stop the speculation, to reduce home prices and stuff like that. And you’ve never been through QT.”

With the Fed retreating, the supply of US Treasury securities available to investors will balloon, resulting in market volatility, Dimon warned.

“That’s a huge change in the flow of funds around the world. I don’t know what the effect of that is. I’m prepared for, you talk about a minimum [of] huge volatility,” he said.

Dimon said that “bright clouds” for the US were healthy consumer spending, plentiful jobs and rising wages, and added that the banking industry “is in great shape”.

“I think it’s OK to hope that it will end up OK. I hope it. That’s my goldilocks, I hope,” Dimon said. “Who the hell knows?”