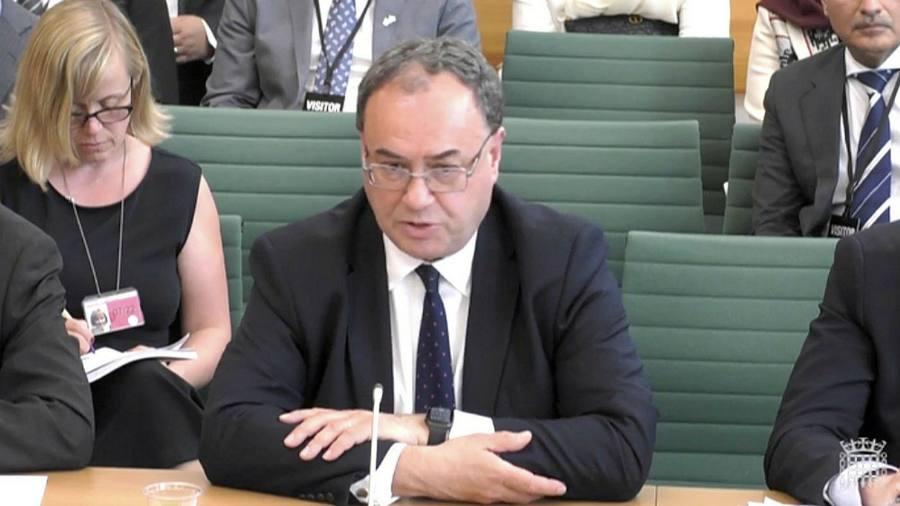 Andrew Bailey sought to defend the Bank of England’s control of inflation on Monday, with the governor telling MPs that criticism of the central bank relied significantly on “hindsight”.

In a hearing at the Treasury Committee of the House of Commons, Bailey acknowledged that with inflation likely to have hit a 40-year high of 9 per cent in April and set to move into double digits by the autumn, the situation was difficult for the BoE.

“I do not feel at all happy about this,” he told MPs.

But he defended the actions of the bank’s Monetary Policy Committee as the evidence session started. “I do see comments based on hindsight, but we have to take [monetary policy] decisions based on the facts and evidence at the time.”

The governor highlighted rising prices for energy and tradable goods as causes of inflation, blaming global shocks such as Russian president Vladimir Putin’s invasion of Ukraine and the impact of China’s zero-Covid policy on supply chains.

“A sequence of shocks like this, which have come really one after another with no gaps between them, is almost unprecedented,” said Bailey.

The governor acknowledged that the MPC had changed its view about the labour market and now feels it is “very tight”, something it did not understand until well after the government’s furlough scheme ended.

Bailey also blamed a large rise in long-term sickness, which has reduced the workforce by around 400,000 people. “The scale and persistence of the fall [in the workforce] has been very unusual,” he said.