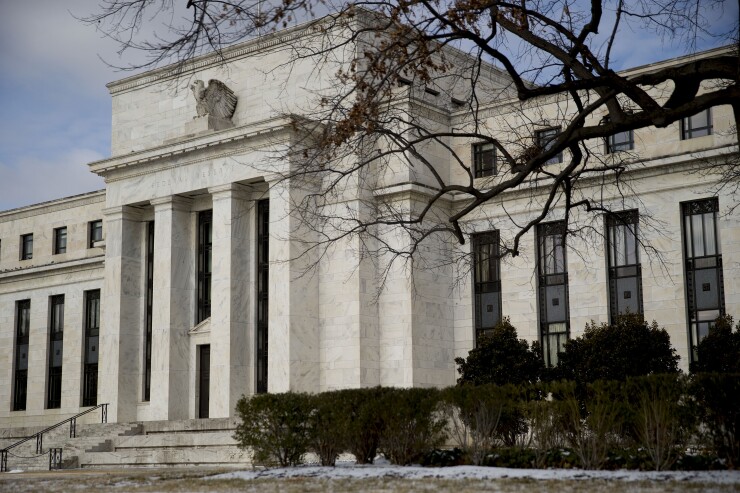 The Federal Reserve warned of deteriorating liquidity conditions across key financial markets amid rising risks from the war in Ukraine, monetary tightening and high inflation in a semi-annual report published Monday.

“According to some measures, market liquidity has declined since late 2021 in the markets for recently-issued U.S. cash Treasury securities and for equity index futures,” the U.S. central bank said in its Financial Stability Report.

“While the recent deterioration in liquidity has not been as extreme as in some past episodes, the risk of a sudden significant deterioration appears higher than normal,” the report said. “In addition, since the Russian invasion of Ukraine, liquidity has been somewhat strained at times in oil futures markets, while markets for some other affected commodities have been subject to notable dysfunction.”

In a statement accompanying the release of the report, Fed Governor Lael Brainard said the war “has sparked large price movements and margin calls in commodities market and highlighted a potential channel through which large financial institutions could be exposed to contagion.”

“From a financial stability perspective, since most participants access commodities futures markets through a large bank or broker-dealer that is a member of the relevant clearing house, these clearing members are exposed to risk when clients face unusually elevated margin calls,” Brainard said. “The Federal Reserve is working with domestic and international regulators to better understand the exposures of commodity market participants and their linkages with the core financial system.”

The S&P 500 index of U.S. stocks tumbled Monday to the lowest levels in more than a year and is now almost 17% below the record high set on Jan. 3. The decline in asset prices has coincided with a move toward sharp monetary policy tightening by central banks around the world, including the Fed, to address ongoing inflationary pressures.

“Elevated inflation and rising rates in the United States could negatively affect domestic economic activity, asset prices, credit quality, and financial conditions more generally,” the report said. It also called out U.S. house prices, which it said “could be particularly sensitive to shocks” given high valuations.

The Fed last week authorized a half-percentage point increase in its benchmark interest rate, marking the largest single hike since 2000, and its chair, Jerome Powell told reporters afterward it was on track to follow up the move with additional half-point increases at each of its next two policy meetings in June and July.

In the report, the Fed also reiterated concerns over financial risks posed by stablecoins, a fast-growing type of cryptocurrency that’s designed to maintain a steady value in relation to a hard currency like the U.S. dollar. The coins are “vulnerable to runs” and there’s a lack of transparency around the assets that are used to back the tokens, it said.

“Additionally, the increasing use of stablecoins to meet margin requirements for levered trading in other cryptocurrencies may amplify volatility in demand for stablecoins and heighten redemption risks,” the report said.