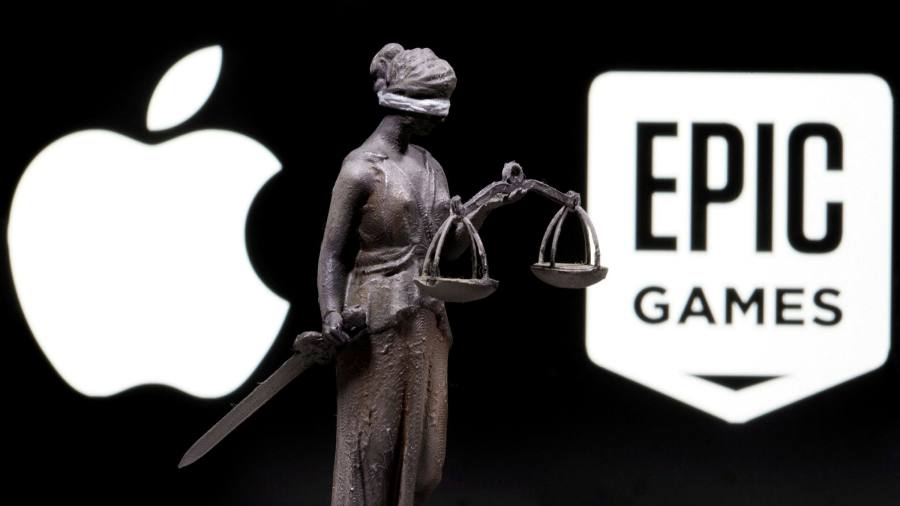 Apple’s iron grip on its App Store has been loosened by a US federal judge, who ordered the iPhone maker on Friday to stop interfering with apps that wished to take payments outside of its store.

Until now, Apple has forbidden apps from including links, or even informing their customers, that they can subscribe or buy digital items outside the App Store, for example through a website. Meanwhile, the Cupertino company has levied a 15-30 per cent fee on payments that it processed.

US District Judge Yvonne González Rogers said this conduct was “anti-competitive” and “permanently” injuncted Apple from stopping apps from including “buttons, external links or other calls to action that direct customers to purchasing mechanisms, in addition to In-App Purchasing”.

Apple shares fell 2.5 per cent on the news. Shares in Spotify, the music-streaming app that has also protested against Apple’s App Store commissions, rose by a similar amount.

The ruling came in response to a lawsuit filed by Epic Games, the maker of Fortnite, in August 2020. Epic had introduced changes to Fortnite earlier that month to bypass Apple’s App Store payment system, prompting Apple to block the game.

Tim Sweeney, Epic’s chief executive, called Apple a monopolist and said in an interview with CNBC that “If every developer could accept their own payments and avoid the 30 per cent tax by Apple and Google we could pass the savings along to all our consumers and players.”

However, the judge said she could not conclude that Apple was a monopolist “under either federal or state antitrust laws”. She added that it would not be impossible to demonstrate that Apple operates an illegal monopoly, but that “Epic Games failed in its burden to demonstrate” this.

She said the $100bn gaming market was “ripe for economic exploitation” but said that Epic had “over-reached”. She also rejected Epic’s demand that customers could bypass the App Store by sideloading apps, and said that she did not find Apple’s commissions were a violation of competition law.

Sweeney said after the verdict that it was not a win for developers or for consumers. He said Fortnite would return to the iPhone when “Epic can offer in-app payment in fair competition with Apple in-app payment”.

Apple this month offered a small concession to developers of so-called “reader apps” such as Netflix and Spotify, letting them include links to their own websites to bypass App Store fees. But gaming apps — roughly three-quarters of App Store revenue — were conspicuously absent from the new deal.

Apple welcomed the verdict in a brief statement, applauding the judge for acknowledging that “success is not illegal”.