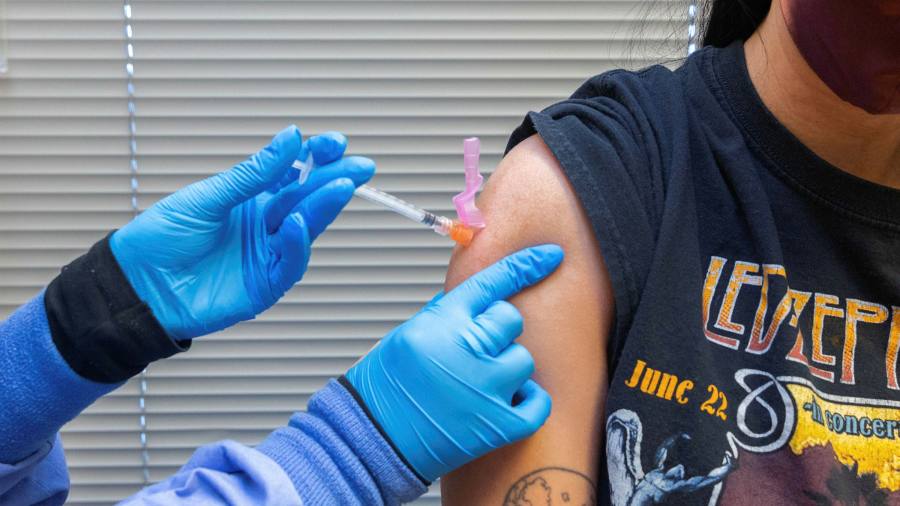 The Biden administration will demand that companies force their employees to get vaccinated against Covid-19 or submit to weekly testing as part of a new plan that will also result in government workers being fired if they refuse to take the jab.

The US president will announce the new measures on Thursday evening as part of a wider effort to boost flagging vaccination rates and curb the rapid spread of the Delta variant.

Under a plan to be finalised by the Department of Labor, medium and large companies with 100 workers or more will be told to force their employees either to get vaccinated or to make them test at least once a week before coming to work. This rule will impact around 80m people in the private sector, White House officials said — roughly half of the US workforce.

A separate executive order signed by Biden will direct federal government employees to be vaccinated against Covid-19, and workers will no longer be able to avoid that requirement by submitting to regular testing and wearing a mask.

Contractors will also be subject to the same rules, which will cover an estimated 2.5m people, although there will be some exemptions for people on the grounds of religion or certain medical conditions.

Jen Psaki, the White House press secretary, said on Thursday that the White House wanted the federal workforce to be “a model [of] what we think other businesses and organisations should do around the country”.

Federal workers will have 75 days to get fully vaccinated, Psaki added. After this point if they are still not vaccinated, they will be put through a disciplinary process, and face termination if they continue to refuse.

The administration decided to change the rules around vaccine mandates after seeing the number of new cases climb to around 140,000 a day, a level last seen in the spring before vaccines were universally available.

Despite the government’s warnings about the risk to unvaccinated people, the US jab rate is now lower than in many European countries, even though there are plentiful supplies. The rate of vaccination has also slowed. In April the US was vaccinating an average of almost 3.5m people a day, but that figure now stands at less than 1m.

Devjani Mishra, an employment lawyer at Littler Mendelson, said the new rule for private companies would have a significant impact. Given the costs and administrative burden of rolling out a testing regime for staff, she said she expected many employers simply to impose a strict vaccine mandate.

“This is a game changer,” she said. “We have many clients who have been reluctant to impose mandates because they didn’t want to lose their workforce. But if it is not up to the individual employer and everyone is acting together, that takes the pressure off.”

Alongside the stricter vaccine mandates, the Biden administration is also calling on large entertainment venues such as sports stadiums or concert halls to demand customers show either proof of vaccination or a negative Covid test.

The US government will spend nearly $2bn to buy 280m rapid Covid tests to use in places where the disease is likely to spread, such as care homes, homeless shelters and prisons. The president will also invoke the Korean war-era Defense Production Act to make sure manufacturing companies prioritise making more tests ahead of other contracts they may have.

Mega-mergers stand out amid a 2022 dip in hospital consolidation
ESG: what issuers and market participants should strive for in 2023
Gautam Adani calls off $2.5 billion equity sale as regulatory concerns grow
Nashville Estate Loved By Country Music Celebrities Is Up For Absolute Auction
FTX creditors list, BlockFi $1.2B exposure and new Celsius token: Hodler’s Digest, Jan. 22-28