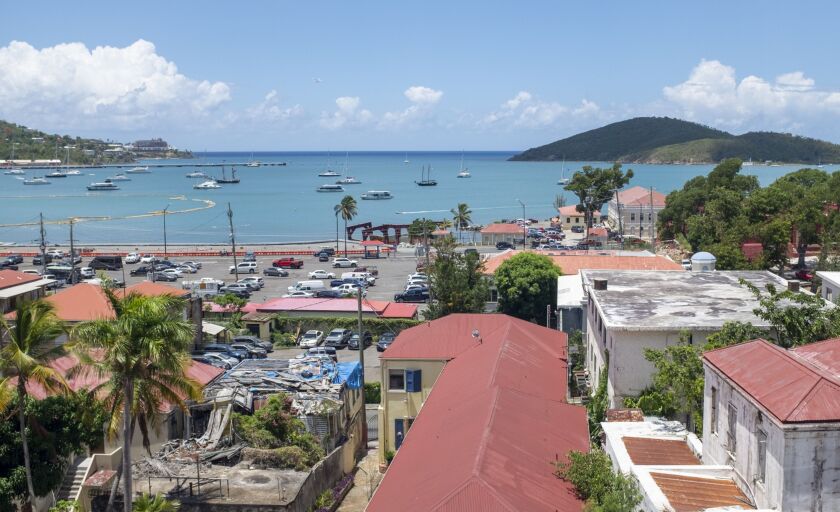 Branches of the U.S. Virgin Islands’ government are struggling for control over the territory’s beleaguered Water and Power Authority.

The governor is preparing a suit to reverse a law the legislature passed Aug. 3 by overriding his veto. And on Monday, Virgin Islands Senator Kenneth Gittens responded by calling for the legislature to file a response in court defending the law.

The branches of government are struggling over Act 8472, which sets conditions for the makeup and removal of members of the WAPA governing board. The act reduced the number of WAPA board members to seven from nine by removing two of the three gubernatorial cabinet members from the board. The Director of the Virgin Islands Energy Office is the sole cabinet-level member of the board.

In late August a member of the Public Service Commission overseeing WAPA said the authority’s situation was precarious. In recent months the islands have been plagued by power outages unrelated to stormy weather.

“The action is unconstitutional and unlawfully infringes upon the power and authority of the executive branch and chief executive, in violation of the separation of powers doctrine under the Revised Organic Act of 1954 and the Constitution of the United States,” said U.S. Virgin Islands Attorney General Denise George. The Revised Organic Act of 1954 serves as the territory’s constitution.

George filed a pending court action with the territory’s Superior Court on Aug. 27, consisting of a complaint and a motion for temporary restraining order, preliminary and permanent injunction.

On Monday, Gittens said on Aug. 3 the legislature voted 13-0 in favor of Act 8472 and in favor of overriding Gov. Albert Bryan Jr.’s veto.

The legislature “must formally petition the court to dismiss what is a frivolous claim by the V.I. Attorney General,” Gittens wrote in a letter to Senate President Donna Frett-Gregory. “This body established the V.I. Water & Power Authority Board, to include its composition, and it is within our power to reorganize or dismantle it if such an initiative is in the best interest of the people of this territory.

“The unanimous support of the 34th legislature override of the governor’s previous vote of the legislation in question is indicative of this body’s clear support for reform at WAPA,” Gittens said. “The government’s efforts to block these reforms are without merit and, frankly, repellant.”

In July Gittens sponsored a bill to appoint a special investigator to review problems at WAPA and to make prosecutorial recommendations to the Attorney General. The bill was held in committee in September. On Monday he called for the legislature to reconsider the bill.

Bryan said earlier this year another law concerning WAPA that the legislature passed in early August was unconstitutional. The law requires WAPA to hire a turnaround company and follow its recommendations. George declined to comment on whether she was preparing a suit against this law as well.

As of Dec. 31, WAPA had $190 million of electrical system revenue bonds and unamortized bond premiums and a total of $1.143 billion of liabilities, according to its own unaudited financial statement. Its senior electrical system bonds are rated Caa2 by Moody’s Investors Service and CCC by Fitch Ratings.