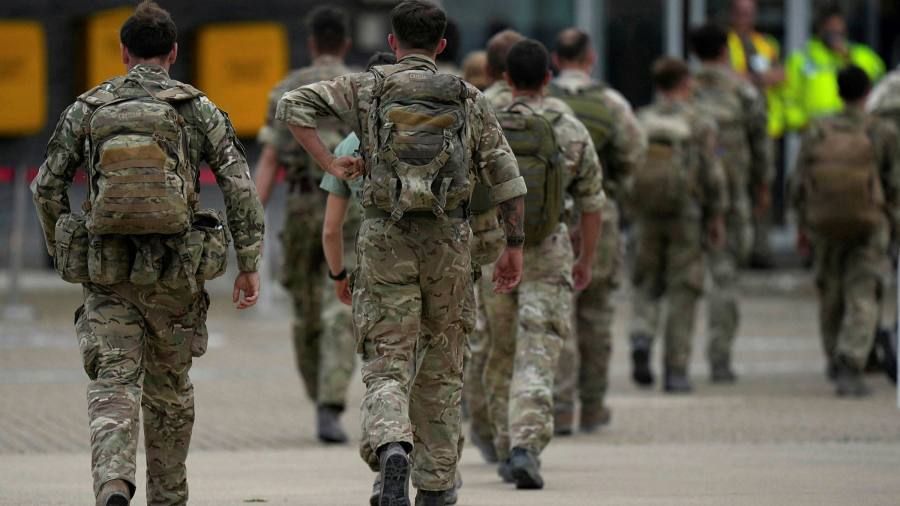 The US has carried out a drone strike in eastern Afghanistan against an Isis-K “planner” behind the deadly attack on Kabul airport on Thursday, as countries wrap up desperate efforts to evacuate thousands of Afghans trying to flee.

According to US Central Command on Friday night, American forces conducted an “over-the-horizon counter-terrorism operation” in Nangarhar province. “Initial indications are that we killed the target,” a spokesperson said. “We know of no civilian casualties.”

The US move came in the wake of new warnings from top American security officials that another terror attack in Kabul is likely, just days ahead of Tuesday’s deadline for withdrawing US forces from Afghanistan.

Isis-K, an Afghan affiliate of terrorist group Isis, claimed responsibility for the attack that this week killed more than 100 Afghan civilians and at least 13 US military personnel.

Thousands of people remain on the airport’s grounds awaiting evacuation, though their hopes of getting out are fading as countries conduct their final evacuation flights and Taliban fighters turn away eligible evacuees.

Many of them, who worked with or were associated with foreign forces or organisations, are in imminent danger of reprisal from the Taliban if left behind, say international humanitarian groups.

Nick Carter, the UK’s chief of defence staff, told the BBC that Britain would finish evacuations on Saturday. “We haven’t been able to bring everyone out,” he said. “That has been heartbreaking. There have been some very challenging judgments that have had to be made on the ground.”

The UK government said as many as 1,100 Afghans eligible to travel were likely to be left behind, though opposition MPs said the true figure was much higher. Other countries including Italy, Canada and the Netherlands have already finished their evacuation operations.

Locals say few Afghan citizens are now able to get through the Taliban checkpoints set up to control access to the airport, with the militants turning them away despite having passage to leave.

One man in his early 30s, his wife and two young daughters boarded a bus chartered to take Europe-bound evacuees to the airport on Thursday, but ended up being stuck for 36 hours in the chaos that followed the terrorist attack.

“There was no access to toilet, proper food, meal, water,” the man said. “Anything we had we were sharing with each other.”

On Friday night, the bus had crossed the first Taliban checkpoint at the entrance to the airport when a Taliban fighter boarded. “He asked us, ‘Why are you leaving my brothers? Who are you scared of? Please go back home, the country needs you’.”

Only the foreign citizens on the bus were allowed through. The man and his family are now back home awaiting another attempt at evacuation, though their hopes are fading.

US officials said that approximately 114,800 people had been evacuated since the end of June, including more than 12,000 on Friday. But they added that more than 5,000 people were still awaiting evacuation at Kabul airport.

The US embassy in Kabul on Friday reiterated calls for citizens to avoid travelling to the Afghan capital’s airport and to leave any of its entrances “immediately”.

The Taliban now claim to control some of Kabul airport’s gates, though the Pentagon has denied this.

Video: Highlights of an FT subscriber webinar on Afghanistan
This article was originally published by Www.ft.com. Read the original article here.