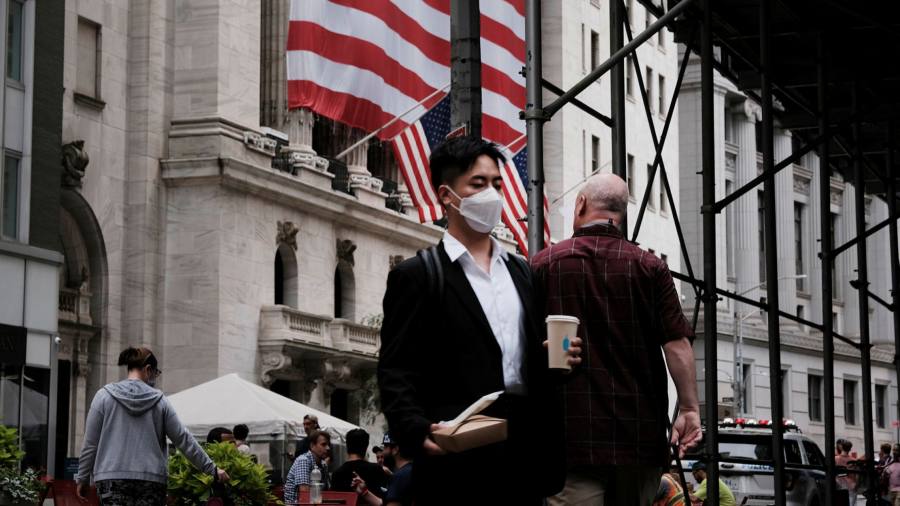 Hedge funds that seek to profit from stricken companies are enjoying their best year since the aftermath of the financial crisis as the stimulus-driven market rally boosts the price of debt that had been skirting with default.

Distressed debt funds — specialists in picking up bonds and loans issued by companies in trouble — made their tenth consecutive month of gains in July, extending returns for the year to the end of July to 11.45 per cent.

The run is the strongest over the same period since 2009 and marks the best performance of any major hedge fund strategy of 2021, according to data provider Eurekahedge.

The outperformance underlines the speed of the economic recovery from the worst of the pandemic, which has been aided by huge stimulus from central banks allied with rapid vaccination programmes in the rich world.

“We had the start of a distressed cycle when Covid hit, with a big increase in default rates, but this corporate cycle is playing out very differently from the past,” said Giuseppe Naglieri, deputy chief investment officer at Värde Partners, a $15bn distressed debt fund.

Firms in this space, including Oaktree Capital, Strategic Value Partners, Apollo and Elliott Management, tend to dive in when economies are in recession and markets are turbulent, and then hope to ride the recovery — a lucrative if risky bet.

The strategy has played out rapidly over the past year-and-a-half, thanks to the dramatic market recovery engineered by aggressive central bank action and government spending sprees.

In addition, private equity firms have stepped up, using their money to buttress companies that they are invested in, indirectly helping distressed debt funds along the way, Naglieri said.

Private equity firms tend to load companies with a lot of debt to increase their returns, but that can lead to problems when recessions strike. Sometimes they walk away from an investment rather than doubling down, but that has changed recently, the Värde partner noted.

“The big difference is in the provision of liquidity, and not just in terms of central banks and governments,” Naglieri said. “The willingness of shareholders to support their companies has been greater than in past cycles — perhaps driven by the fact that it was caused by a virus, so it was assumed to be temporary.”

Among the winners are Jason Mudrick’s Mudrick Capital Management and Victor Khosla’s Strategic Value Partners, whose distressed debt hedge funds had notched up returns of 26.2 per cent and 15.5 per cent in the year up to the end of May, according to investor documents seen by the FT.

Returns have been buoyed by a remarkable rally across corporate debt markets, which has lowered borrowing costs across the board and even helped even companies such as cruise lines, air carriers and hotel groups raise billions of dollars to tide them over.

The average yield of US junk bonds has collapsed from a peak of more than 11 per cent at the height of the coronavirus market ructions last year to under 4 per cent for the first time on record this summer, according to ICE data. Even the pre-financial crisis low was about 7 per cent.

The average yield of corporate bonds graded CCC or lower by the major credit rating agencies — extremely risky debt already on the cusp of default — has tumbled from a March 2020 high of almost 20 per cent to near an all-time low of about 7 per cent this summer. Oleg Melentyev, head of high-yield bond strategy at Bank of America, describes the current environment as “credit nirvana”.

However, the credit market rally has helped a lot of companies that might otherwise have fallen into the clutches of distressed debt funds, limiting the range of further opportunities. Some investors are also looking elsewhere for returns, thinking that the best days for the distressed debt strategy may be over.

UBS’s hedge fund investment unit said in its third-quarter strategy outlook that it planned to trim its exposure to distressed debt, “given the material rally across corporate credit and more attractive long-biased opportunities in other segments of the credit market”.

Preqin, a data provider on private markets, also noted in its latest outlook that “investors have cooled their interest in distressed debt and special situations compared to last year as opportunities proved harder to come by than expected”.

However, many distressed debt specialists stress that they raise and deploy money steadily in good times and bad, and remain confident that there will be plenty of opportunities from the aftershocks of the coronavirus pandemic.

“There is more to do than meets the eye,” Naglieri said. “When you look at the average of the market, it doesn’t look very interesting. But when you dig deeper into individual companies and sectors, there is actually quite a lot going on.”