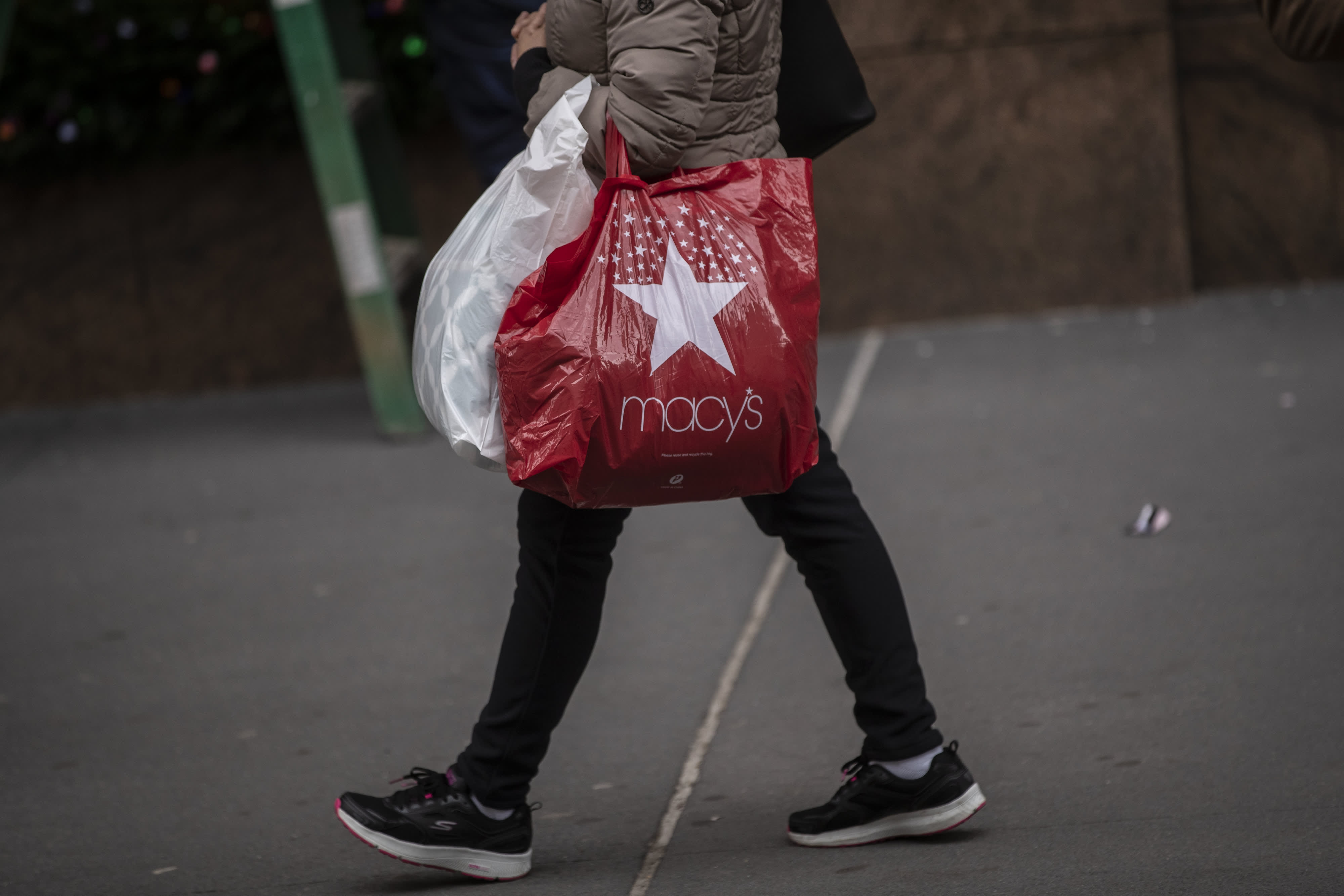 Check out the companies making headlines before the bell:

Macy’s (M) – The retailer reported adjusted quarterly earnings of $1.29 per share, well above the 19 cents consensus estimate, with revenue also above forecasts. Macy’s reported a better-than-expected increase in comparable-store sales, raised its annual sales forecast, and also announced a share buyback and the reinstatement of its dividend. Shares jumped 3.7% in the premarket.

Tapestry (TPR) – The company behind the Coach and Kate Spade brands beat estimates by 5 cents with adjusted quarterly earnings of 74 cents per share and revenue above estimates as a reopening of economies around the world boosted demand for luxury goods. Tapestry also reinstated its dividend, but shares fell 2.3% in premarket trading.

BJ’s Wholesale (BJ) – The warehouse retailer beat estimates on the top and bottom lines for its latest quarter, earning an adjusted 82 cents per share for the second quarter, 17 cents above estimates. It also reported unexpected growth in same-store sales.

Robinhood (HOOD) – Robinhood slumped 9.9% in the premarket after the company behind the popular trading app warned of a slowdown in trading activity during the current quarter. In its first report as a public company, Robinhood reported its quarterly revenue surged 131% compared with a year earlier, driven by a surge in cryptocurrency activity.

Cisco Systems (CSCO) – The networking equipment and services company beat estimates by 2 cents with adjusted quarterly earnings of 84 cents per share and revenue above estimates as well. Cisco did give a current-quarter profit forecast that fell shy of analyst forecasts, due to supply chain issues, and shares lost 1.4% in premarket trading.

Nvidia (NVDA) – The graphics chipmaker came in 3 cents above estimates with adjusted quarterly earnings of $1.04 per share, while revenue also topped estimates. Nvidia shares gained 1.4% in the premarket after it forecast better-than-expected current-quarter revenue.

Toyota Motor (TM) – The automaker’s stock dropped 3.1% in premarket trading, following a report by Japan’s Nikkei News service that Toyota would slash planned September production by 40% due to the global chip shortage.

This article was originally published by Cnbc.com. Read the original article here.