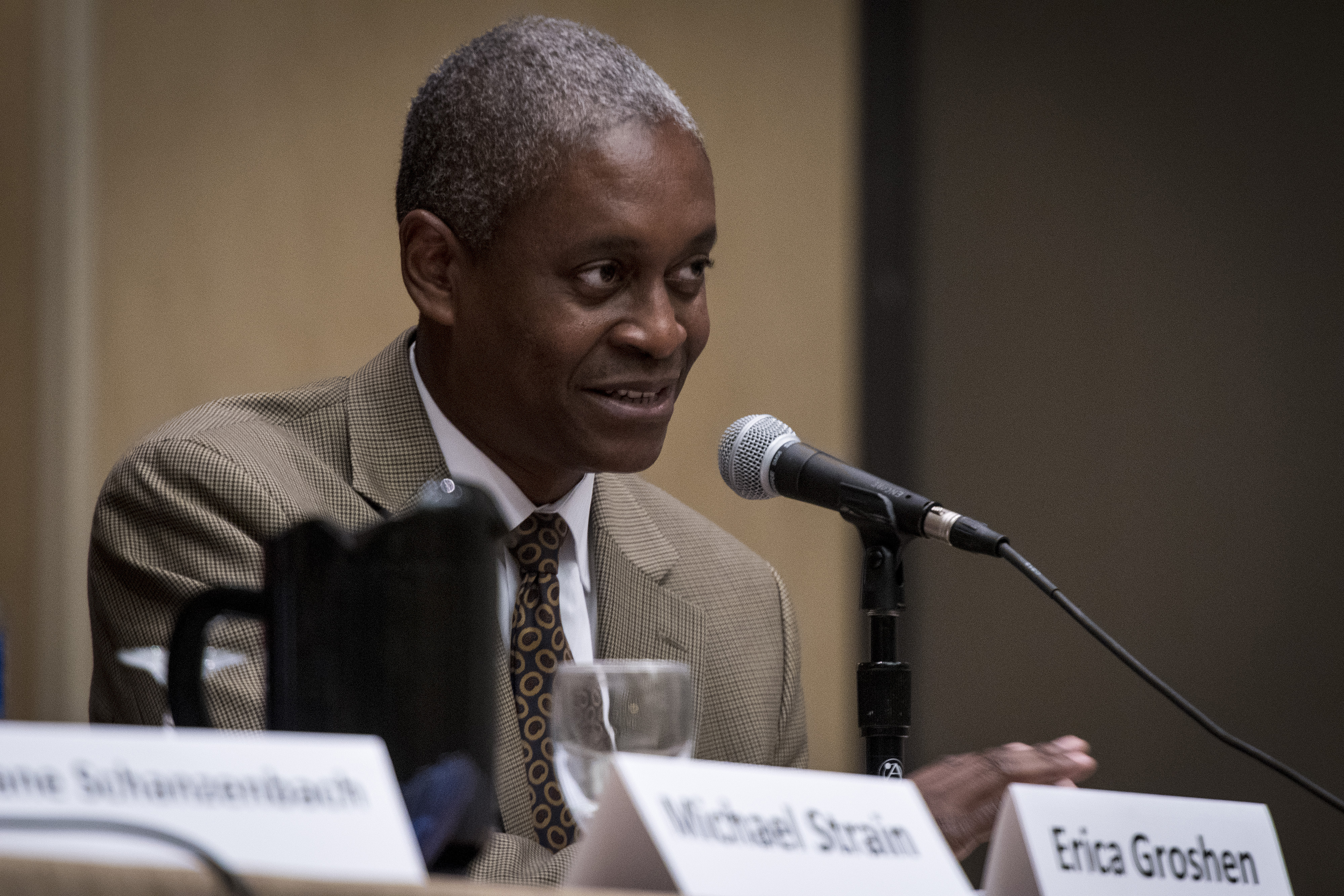 The high level of incarceration in the U.S., especially among Americans of color and indigenous people, constrains the labor market and the economy’s ability to reach its full potential, Federal Reserve Bank of Atlanta President Raphael Bostic said.

“Incarceration is a drag on our ability achieve our maximum-employment goal,” Bostic said Tuesday at the start of the latest iteration of the Fed’s Racism and the Economy series, this one focused on the criminal justice system.

The U.S. has the world’s highest incarceration rate and formerly incarcerated people are less likely to find employment and have much lower lifetime earnings, factors that weigh on the economy at large, Bostic said.

“Incarceration and how we execute criminal justice inhibits global competitiveness,” Bostic said. Incarceration and who it targets in the U.S. “can have the effect of exacerbating race-based employment, income and wealth disparities, which can limit economic mobility and resilience and ultimately constrain labor markets and compromise the performance of the overall economy.”

Bostic added that Black, Latino and indigenous Americans are overrepresented in the prison population and disproportionately targeted by the criminal justice system.

Boston Fed President Eric Rosengren said that the U.S. may need to take a look at what it considers criminal offenses, especially when it comes to non-safety issues. With marijuana now legalized in many places, it may make sense to examine if other things can be decriminalized.

He said that disproportionate rates of incarceration have contributed to the difference between the White unemployment rate, at 5.2%, and the one for Black Americans, at 9.2%.

“Once you’ve gone through an experience with our criminal justice system, you’re permanently scarred by the labor market in a way that just can’t be justified from a society standpoint,” Rosengren said.

Bostic said that it may be beneficial to treat criminal records like credit reports, which are wiped clean after seven years, so that past records can’t continuously hamper people’s ability to get jobs and otherwise integrate into society.

Together with stable prices, employment is one of the Fed’s two mandates handed down by Congress. The 12 reserve banks started the Racism and the Economy series during the pandemic and have examined how racism impacts employment, housing and education, among other areas of the economy.