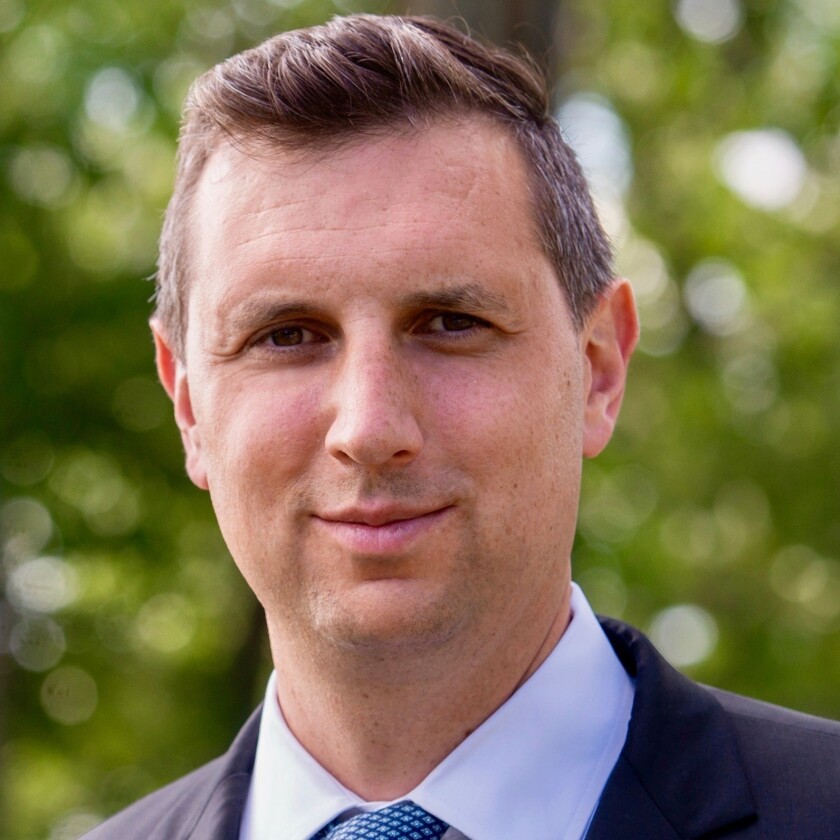 Providence officials may have to scramble for a Plan B as Mayor Jorge Elorza’s proposal for up to $850 million of pension-obligation borrowing sits stalled in the state legislature.

The 179,000-population capital city is up against it, especially with the legislative session to end in less than two weeks and the fiscal 2022 budget still on lawmakers’ plates. The House of Representatives finance committee approved a $13.1 billion spending plan Thursday night and the full House expects to take it up June 24.

According to city officials, its pension system is just 22% funded despite full payments over 10 years and its unfunded liability, as of June 30, 2020, was $1.3 billion. Moody’s Investors Service equaled that ratio to 13% under its own standard discount rate adjustments.

Elorza, who has been mayor since January 2015, proposed that Providence borrow $704 million over 25 years at a roughly 4% interest rate. Lawmakers sweetened the bill, enabling up to $850 million for the city should it obtain a maximum interest rate of 3.5%. That could represent the largest-ever one-time borrowing for any Rhode Island issuer, state or city.

“We are on an unsustainable path and doing nothing is not an option,” Elorza said.

According to the most recent actuarial report, the city’s current payment schedule could pass $200 million in less than 20 years and peak at $227 million in fiscal 2040.

The timing for the borrowing, he said, is right. Borrowing costs are low and market conditions are favorable. The city’s legislative delegation on Smith Hall favors the measure, which Elorza has likened to a restructuring rather than taking on new debt.

Other options are limited, Elorza added. Through a 2012 consent decree, a 10-year freeze to cost of living adjustments ends in 2023, while the Rhode Island Supreme Court said in 2013 Providence cannot renegotiate with current retirees, which make up 91% of the unfunded liability. Pensions, the mayor said, pose a major obstacle to future rating upgrades.

Bankruptcy is not an option, he added, because the city for now is meeting its everyday obligations. One Rhode Island city, 19,000-population Central Falls, filed for bankruptcy in 2011 and exited a year later.

Still, warning signs are many and sour memories linger from a similar undertaking in Woonsocket.

In a letter to Rep. Marvin Abney, D-Newport, the House finance committee chairman, Magaziner said “the presentations made by the city’s administration so far have not included either a clear accounting of the potential financial benefit of the proposal, nor a clear strategy for mitigating the risks associated with the proposal.

“Once a pension obligation bond is issued there is no turning back.”

Magaziner said prudent management of pension systems is vital to make them affordable for taxpayers and sustainable for retirees. He cited the “Back to Basics” initiative his office launched in 2016, intended to strengthen performance and reduce risk. The changes included an exit from most of the pension system’s hedge-fund investments.

“As a result, the funded status of the state pension system has improved for three straight years while the unfunded liability dropped last year by more than $100 million,” Magaziner said.

He said his office also worked closely with Central Falls two years ago on a plan to make its police and firefighter pension plans more sustainable. That included changes to the benefit structure and funding policy, and a transfer of plan administration to his office.

The Government Finance Officers Association has advised state and local governments not to issue pension bonds regardless of economic conditions.

“POBs involve considerable investment risk, making this goal very speculative. Failing to achieve the targeted rate of return burdens the issuer with both the debt service requirements of the taxable bonds and the unfunded pension liabilities that remain unmet because the investment portfolio did not perform as anticipated.”

“Recognizing the legal challenges in modifying benefits for retirees, there are opportunities to make changes that would improve the city’s overall pension liabilities,” DiBiase said. “The POB would likely remove any incentive to address these structural issues for the foreseeable future.”

Such a borrowing plan went sideways in 42,000-population Woonsocket, 15 miles north of Providence. In 2002, the General Assembly authorized the city to issue a $90 million bond, with the interest rate about 6.25%. City officials hired Wilshire Associates to help achieve an 8.25% investment return, which they believed would cover the borrowing costs.

“At first it seemed to go well … then the stock market began to crash,” Frias said. From 2003 to 2007, Woonsocket’s pension fund averaged an 8.58%, below what other pension funds were achieving but higher than the estimated 8.25%. For fiscal 2008, the return was about negative 9%. The city switched investment advisors and strategies, adopting a more conservative approach but also lowering its investment return.

“Then state aid was cut. The school department ran deficits. Woonsocket failed to contribute millions to the pension fund. It was a fiscal meltdown,” Frias recalled. “Taxes went up by nearly 23% in one year.”

That prompted Richard Lapine, Woonsocket Pension Investment Commission chairman, to say on 2015: “We are the poster children of what not to do.” Today, the pension plan is about 30% funded.

General Assembly passage of the Providence bill without local voter approval “will take away the right, under the city’s home-rule charter, to vet and approve this general obligation bond,” Zurier said.

“If that’s the concern, then I’m very flexible with the proposal that we put forward,” Elorza said on WPRI-TV’s “Newsmakers” show.

“If that’s what’s stopping this, I’d be happy to put it to a special election and put it to the voters.”