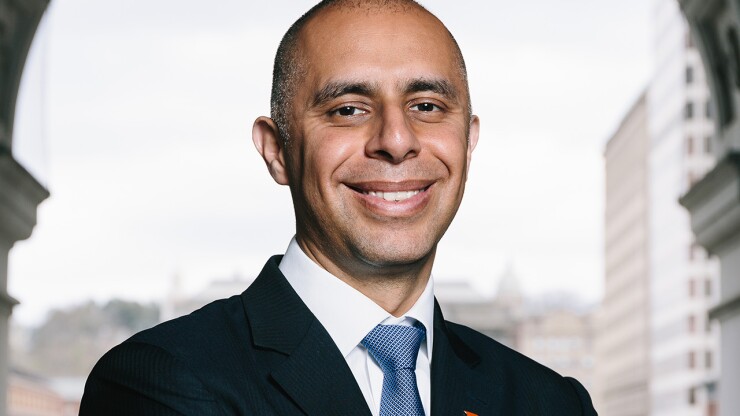 Voters in Providence, Rhode Island, approved a bond referendum authorizing the issuance of up to $515 million of pension obligation bonds.

In May, city officials went to the state Legislature with a reworked plan for issuing pension obligation bonds to shore up its underfunded pension system. The state House has approved the sale of the bonds.

Voter approval of the bond referendum had been mandatory before the issuance could move ahead.

The City Council now must give final approval for the bond issuance, which would finance contributions toward the unfunded pension liabilities.

The city’s pension fund is only 24% funded and faces a $1.2 billion liability that is continuing to grow. The city also has a $1.1 billion liability for other post-employment benefits, which the city says is under control.

Last year, the Legislature turned down the city’s plan to issue $850 million of pension bonds, with some critics calling the plan too big and too risky.

The city came up with a reworked plan this year that tried to remove some of the risks while addressing the fact that its pension expenses grow about 5% a year.

Mayor Jorge Elorza told the Legislature that the new plan was better than what had been proposed last year. The size of the bond issue was decreased and several other actions were taken to add safeguards not included in the original proposal.

Elorza said the city’s financial advisors were tracking market conditions closely and would be ready to go to market about 45 days after final approval. If issued, the POBs would have a maximum 25-year maturity.

This year he was mostly supportive of the city’s request, but made several suggestions, some of which the city took, such as cutting the size of the bond, and some that it did not, such as lowering the total interest rate cap from the 4.9% the city is planning to use to a cap of 4.5%.

Magaziner’s spokesman Ben Smith told The Providence Journal that the treasurer is “disappointed” that some of his recommendations were not incorporated, but will back the bond anyway.

“We’re hoping interest rates remain low, but … there’s also a guardrail — a total interest rate cap. So if it reaches about 5%, we can’t do it,” he said.