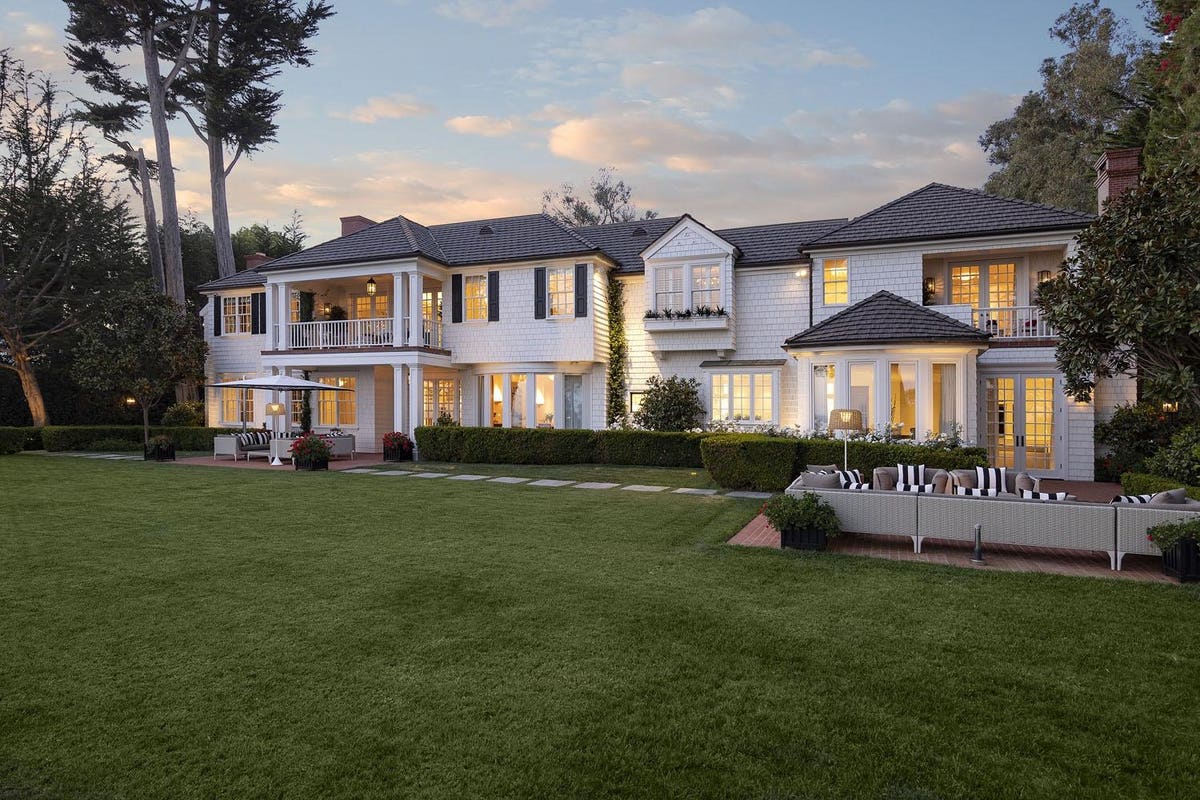 The coast of Southern California is famous for many reasons—sandy beaches, a Mediterranean climate, and dramatic cliffs that meet the blue sprawl of the Pacific.

What the area is not known for is ample real estate acreage.

With roughly 68% of residents in the country’s most populous state living in coastal communities, competition for California beachfront homes is fierce, and the resulting properties are often attached to compromises like a smaller size, limited outdoor spaces and lack of privacy.

Every so often, however, a beachfront listing appears on the market with no such compromises. Exceptional properties, like this Carpinteria estate at 3165 Padaro Lane, can even come with space that surpasses the most premier landlocked residences in the area.

“Padaro Lane is the premiere beach address in Santa Barbara County. There are many well-known individuals and significant estates along this fabled stretch of beach,” Riskin shares. “However, there are only a select few properties that offer two-plus acre parcels, with the privacy being on the bluff affords and yet still having direct beach access.”

Where other beach homes sacrifice privacy for proximity to the beach, the perched bluff position of the estate’s expansive grounds allows for a secure and intimate existence while also housing scenic beauty and serene spaces.

“It’s a private and peaceful setting,” says the owner of 10 years, who asked to remain anonymous. “The property is alive with the sound of the waves, birds singing, butterflies fluttering about and hummingbirds darting through the gardens.”

Though quintessentially Californian in location, the six-bedroom, eight-bathroom home features a stately design that draws from the manors of the East Coast.

Interiors also aim for a timeless look with coffered ceilings, french doors and richly stained hardwood floors. Fireplaces can be found throughout, in sitting rooms, bedrooms, and a classical office covered in glossy wood.

An extensive remodel to the property roughly a decade ago included an extensive kitchen and bathroom renovations and the addition of a wine cellar and Creston and Lutron systems.

Improvements also made their way to the grounds, according to the owner. Renowned landscape architect Sydney Baumgartner was commissioned to completely re-design the property’s gardens. The project included the installation of a magnolia-lined bluestone cobble driveway, picturesque bluestone pathways, patios, fountains and reflection pools.

A private stone path canopied by lush trees leads directly to the beach.

With a price tag of $65 million, 3165 Padaro Lane is one of the most expensive listings in the Santa Barbara area.

“Buyers at this price point see this type of purchase as an important piece of an investment portfolio while also purchasing an asset that allows them to elevate their quality of life,” Riskin says. “The combination of attributes—the scale of the grounds, the direct beach access, the privacy—coalesces to create a very rare opportunity.”

Village Properties is an exclusive member of Forbes Global Properties, a consumer marketplace and membership network of elite brokerages selling the world’s most luxurious homes.

Inclusive Capital takes a stake in Bayer — 3 ways it may build value with a sustainable focus
State transportation challenges, opportunities in the year ahead
These common misconceptions can prevent you from achieving that perfect credit score
Stocks making the biggest moves midday: Sunrun, U.S. Bancorp, Alphabet, AT&T and more
3 reasons why the MANA and SAND metaverse token rally could end soon