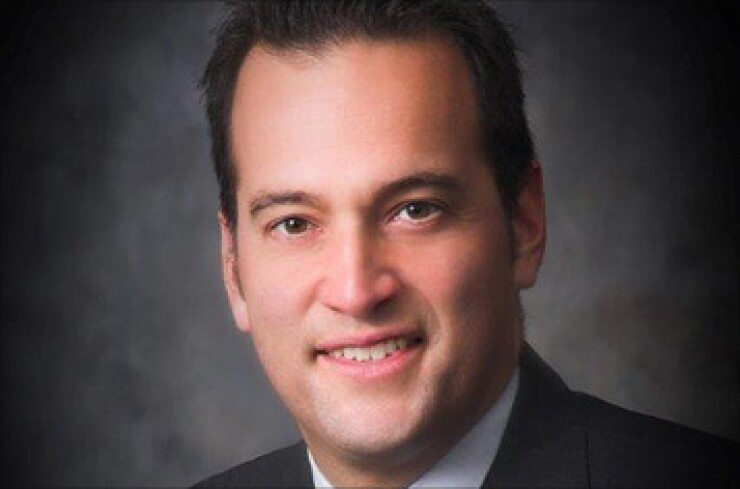 Improving market technicals are creating value and opportunity in the municipal bond market as summer reinvestment season kicked off this week.

After a rocky start to the year and a volatile first three weeks of May, municipals still offer value even after a furious rally in the final week of May. Improving market technicals should provide continued support, according to Anthony Valeri, director of investment management at Zions Wealth Management.

“Part of the reason we still find value is because the macro backdrop has started to soften and may lend further support to bond prices,” Valeri said.

Investors with June 1 redemption cash to spend are finding solace in high-quality municipal bonds, he said. Even after late May strength, municipal to Treasury yield ratios remain at the upper end of a 12-month range, signaling attractive relative valuations, he noted. Additionally, taxable equivalent yields are compelling for many investors.

“There was a pretty significant drop in yields last week, and I think it was overdue,” he said.

Now with the summer months approaching, kicked off by the June 1 coupons, calls, and maturities on Wednesday, the market technicals are setting up nicely for investors, Valeri said.

According to Bloomberg, about $28 billion of bond calls and maturing securities are scheduled over the next 30 days, up about 4.3% from the prior week.

There is nearly $50 billion of June reinvestment demand, which includes $16 billion of principal payoffs for California and New York investors alone.

“After breaching 100%, triple-A muni to Treasury ratios have declined over the past few days but remain at the upper of a 12-month range, suggesting attractive valuations. We haven’t seen yield ratios consistently above current levels since late 2020,” Valeri said. “That offers value for muni investors.”

While not as high as they were in May, the ratios are still attractive, Valeri noted. On Friday, muni to UST ratios on the 10-year was at 82% and the 30-year at 91%, according to ICE Data Services.

At the same time, he cautioned that the upcoming summer months may be tough for investors to find paper given the expectations for the typical supply-demand imbalance caused by the slowdown in volume.

“In July and August, demand dominates the market more than supply,” he said. “Those are two months where demand typically outpaces supply, but given the lingering equity market volatility and now higher yields, demand may pick up sooner.”

Meanwhile, many rate hikes by the Federal Reserve board are already priced into the market suggesting much of the damage has already been done, he noted.

“If the economy loses momentum, and some recent economic reports have shown as much, that might provide additional support to muni bond prices as investors debate whether the Fed ultimately follows through with its aggressive path,” Valeri said. “We might get a modest rally, which could cause municipals to richen.”

However, Valeri cautioned that a significant rally is unlikely over the near-term given still high inflation and a Fed focused on raising rates.

“Taxable equivalent yields are attractive given the uncertainties with regard to the economy and the marketplace in general,” Valeri said. “For a high-quality bond alternative, munis are probably the best option out there.”

Others agreed, saying the market technicals — supported by the seasonal factors of supply and demand and other factors — have opened a window of opportunity.

“These tailwinds — coupled with better than average relative valuations — leave the market well poised to generate returns more favorable than other investment grade asset classes over the near future,” he continued.

As a result, investors, he said, are reentering the market as evidenced by subscription levels on recent deals.

“Municipal investors were not waiting for a specific yield threshold before returning to the market, but rather a leveling out or reversal in the upward trajectory of interest rates,” Pate said.

“This is often normal behavior for the municipal market where outflows beget outflows; and now we are starting to see the reversal,” he added.

Pate believes pockets of opportunity are present in municipals, but broadly speaking, his firm views the market as “fairly valued.”

“Relative to other investment-grade asset classes, duration is well compensated for in the municipal market,” he said.

As summer reinvestment season gets under way, Pate expects the proportion of funds reinvested to be slightly above long-term averages.

“Investors that have remained in the market are now seeing a leveling out of interest rates over the last several weeks, which should serve to calm concerns.

When adjusted for taxes, the relative value of the municipal asset class will continue to draw interest, according to Pate.

“We expect summer reinvestment rates — coupled with favorable credit fundamentals and supply technicals — to bolster returns for munis relative to taxable alternatives over the near-term,” he added.

Pate currently favors buying municipals in the seven- to 15-year space and taxables at the front-end, given the overall steepness of the municipal curve relative to other asset classes, he said.

Since he expects ratios to trend slightly lower from present levels by the end of the second quarter, he suggests the timing is right for investors given the current window of opportunity.

“The value of the tax-exemption has increased amid higher yields, which will serve as a catalyst for inflows as investors seek to reduce the tax obligations on their investments,” he said.

“Potential changes to the supply dynamic will have only a modest impact on valuations as demand for the asset class and investors’ concerns around inflation and rising rates will be the lion’s share of the valuation input,” Pate added.

Inflation and the corresponding moves in Treasury yields are driving the municipal market, as opposed to liquidity or credit-related fears, he noted.

As a result, he expects municipals to take their cue from the Treasury market going forward.

His near-term forecast suggests that municipals return to their longer-term correlation with Treasuries.

“The decoupling experienced for much of the last two years is abating and the asset class is returning to a more normal relationship with the Treasury market,” Pate said.

“Higher yields make historical relative value comparisons more meaningful, and we therefore, don’t expect to see a return to the depths of where ratios fell in 2021,” he said. “Mean reversion to longer-term averages for ratios is our base case should Treasury yields remain in the context of today’s market.”