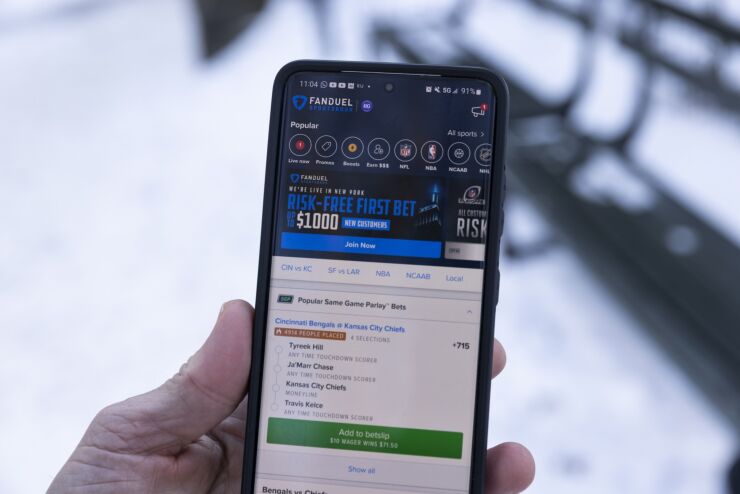 Since New York legalized the sports gambling industry five months ago, residents of the state have made almost $6 trillion in bets, according to the New York State Gaming Commission’s latest numbers.

In January, legislation took effect allowing nine authorized bookmakers to begin accepting wagers statewide. Those companies have grossed $425 million since, which has given the state – which taxes the earnings at 51% – an additional $243 million in revenue headed into the new fiscal year.

According to Gov. Kathy Hochul, whose office announced the figures last week in a written release, New York has earned more from the industry in just five months than most states that have in years, quickly cementing its position as a “leader among states in implementing successful gaming policies.”

Even though the gambling haul far exceeded expectations, practically every dime is destined for “elementary and secondary education and grants for youth sports programming, along with problem gambling prevention, treatment, and recovery services,” according to the governor’s office.

Recently passed budget legislation dedicates 80% of the proceeds to education aid, to be distributed among the state’s school districts equally. An additional $6 million will be set aside annually for gambling awareness and treatment efforts.

The plan guarantees 1% of the first year’s revenue to the fund, followed by $6 million per year after that. The money will eventually make its way to a network of nonprofits and local organizations whose expertise in youth mentorship and sports training make them ideal on-the-ground program implementers.

While welcome, the gambling revenue is a drop in the state’s massive budget bucket.

The announcement comes almost two months after Hochul signed off on New York’s largest ever budget which included $220 billion in spending.

While monthly reports from the Gaming Commission show gross revenue intake by authorized bookmakers decreasing below initial highs, state officials believe the industry is still likely to rake in hundreds of millions annually. As aid, those proceeds will free up millions of dollars for municipalities as education is often a top cost for local governments.

While gambling proceeds will continue to be off-limits to all but those select initiatives, current legislation can be amended or replaced in the next year’s budget negotiations.