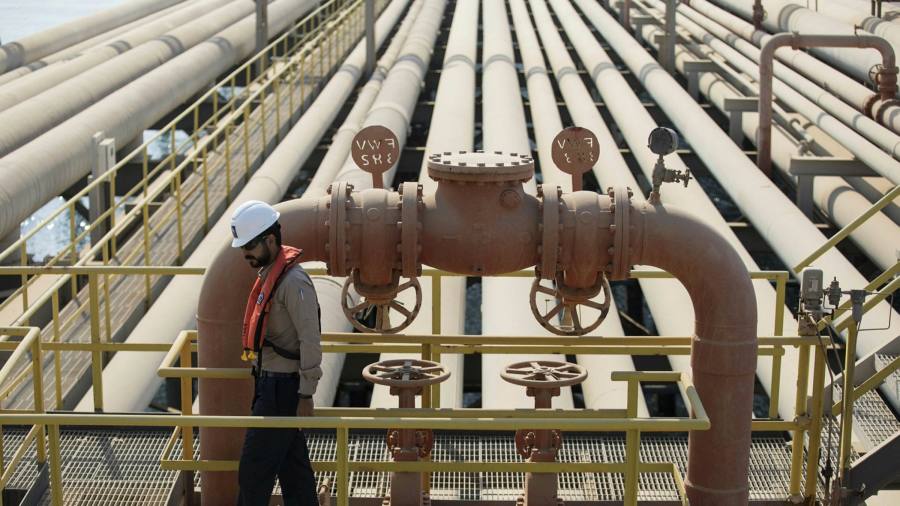 Opec and its allies on Thursday agreed to accelerate oil production in July and August, as the cartel’s linchpin Saudi Arabia bowed to US pressure to cool a crude price rally that has threatened to stall the global economy.

The cartel said it would increase output by almost 650,000 barrels a day in both months, up from planned increases of around 400,000 b/d.

The move came just days after the EU agreed to impose a ban on Russian oil imports, deepening fears of global energy shortages as Moscow’s invasion of Ukraine continues to rattle markets.

Saudi Arabia and the United Arab Emirates, Opec’s two powerhouse producers, are likely to account for most of the supply increases, with Riyadh earlier signalling that it was prepared to increase output to overcome Russian shortages.

The extra supplies are the first time the Saudi-led Opec+ cartel has deviated from a measured supply policy agreed in the depths of the pandemic oil crash two years ago, and comes after months of high-level US diplomacy to repair relations between Riyadh and Washington.

A senior administration official said the US “welcomed Opec and Saudi Arabia’s decision, which was the right move at the right time”.

The Opec decision comes just weeks ahead of a planned visit to the Middle East by US president Joe Biden, which may include a stop in Riyadh, despite a rocky relationship with Saudi Arabia’s day-to-day ruler, crown prince Mohammed bin Salman.

“Saudi Arabia is still working within the contours of the Opec+ framework to add some extra barrels under political pressure,” said Amrita Sen at consultancy Energy Aspects.

Oil prices fell sharply in early trading on Thursday after the Financial Times first reported a possible deal, with Brent crude, the international benchmark, dropping to a low near $112 a barrel from $116 a barrel at the close on Wednesday.

But prices rose marginally after Thursday’s meeting, with Brent trading above $115 a barrel, as analysts said the relatively modest supply additions may not be sufficient to calm oil markets, which have soared to the highest level in a decade since Russia invaded Ukraine, stoking inflationary pressures around the world.

An expected deal between the UK and EU to ban insurance for ships carrying Russian oil could sharply curtail Moscow’s exports later this year. Russia was pumping more than 10 per cent of global crude supplies before the invasion of Ukraine.

The new Opec+ supply deal will bring a supply increase already planned for September into July and August — effectively ending the a two-year-long quota system that has helped oil prices rise by almost 500 per cent since the depths of the pandemic crash.

Saudi Arabia and other Opec members remain concerned about the level of spare production capacity available so are still hesitant to raise production too quickly, fearing the current tightness in the oil market could become an outright shortage later in 2022.

But the move to accelerate production increases will nevertheless be welcomed by the White House and G7, which had urged Opec+ — and particularly Saudi Arabia — to do more.

Weeks of shuttle diplomacy by the White House’s top Middle East and energy envoys, Brett McGurk and Amos Hochstein, have paved the way for an improvement in relations between Riyadh and Washington.

Biden has attempted to keep a distance from Saudi crown prince Mohammed bin Salman, or MBS, as he is known, due to his links to the murder of Washington Post journalist Jamal Khashoggi. But the US is keen to improve ties with Riyadh, with energy a cornerstone of the US-Saudi relationship stretching back to the end of the second world war.