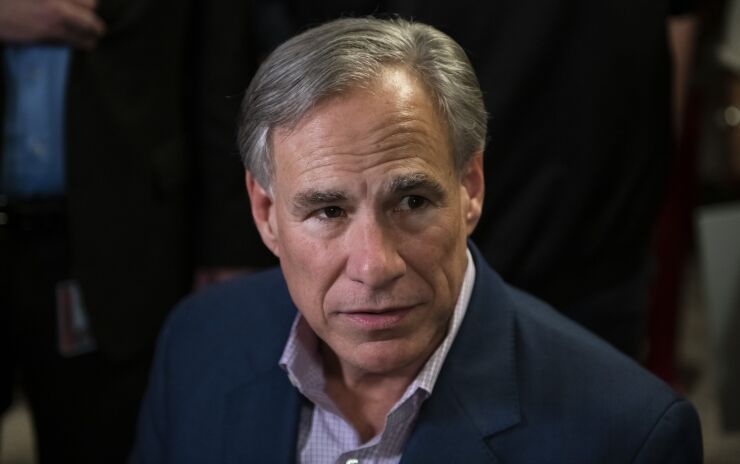 Rising home values are putting the spotlight on property taxes in Texas, where state lawmakers are eying tax relief options for the upcoming legislative session even as previously approved measures are slowing the growth in tax bills.

Preliminary residential property values are up an average 24%, according to a Texas Association of Appraisal Districts poll of its members.

“That is because we’re in such an aggressive real estate market,” Brent South, Hunt County’s chief appraiser, told the Texas Senate Finance Committee on May 23.

Other speakers at the committee hearing said appraisal notices were alarming homeowners fearful of paying more in taxes.

Big demand for housing is driving up property values as the Lone Star state attracts new residents. The U.S. Census Bureau reported in December that Texas, with an estimated population of 29.5 million in July 2021, ranked second among states for the largest net domestic migration gains.

The  Tax Foundation reported last year that the average amount of property taxes paid as a percentage of owner-occupied housing value in Texas was higher than most states.

“As many Texas families struggle due to rising property taxes or inflation, we must continue to seek financial relief to ensure Texas remains an affordable place to both raise a family, operate a business,” said Senate Finance Committee Chair Joan Huffman, R-Houston.

In April, Texas Lt. Gov. Dan Patrick, a Republican who also serves as president of the Senate, asked the committee to report on ways to reduce property taxes ahead of the new legislative session that starts in January, highlighting proposals “to use or dedicate state revenues in excess of the state spending limit to eliminate the school district maintenance and operations property tax.”

Some lawmakers want to tap the state’s projected $12 billion surplus to reduce school property taxes and $3 billion from last year’s American Rescue Plan Act has been set aside for tax relief as Texas awaits the outcome of litigation it filed against the U.S. Treasury Department over using the federal money to offset tax cuts.

Surging sales and oil production taxes are filling the state’s coffers. From September, the start of fiscal 2022, through April, tax revenue was up 30.6% over the same period in fiscal 2021.

Republican Gov. Greg Abbott, who is running for reelection in November, unveiled a “taxpayer bill of rights” earlier this year, noting the state spent more than $18 billion since 2015 on reducing property taxes.

The plan takes aim at local bond issues backed by property taxes with by proposing torequire a two-thirds vote by local governments to approve debt. With local bond referendums already limited to May or November election dates, Abbott also proposed a two-thirds vote requirement for May bond elections when turnout is typically lower.
For bond elections this May, turnout was under 4% in some counties, and only about 7.5% statewide, according to the Texas Secretary of State’s Office.

Last November’s off-year election had turnout slightly higher at about 8.75%, while turnout for the November 2020 presidential election was around 66.7%.

The Texas Municipal League contends that cities are not deliberately opting for May bond elections.

In a letter last month to the Senate Local Government Committee’s chair, the group said that having two election dates “ensures adequate flexibility” for cities and that Texas Bond Review Board data showed a negligible difference in the passage rates of city bond issues in May versus November over the past 10 years.

Meanwhile, Democratic candidate for governor Beto O’Rourke has claimed that property taxes climbed $20 billion during the seven years Abbott has been in office. His plan is to stop corporations from manipulating the property tax appeals process and pay what they “truly owe,” while boosting the state’s share of school funding. O’Rourke also called for boosting state revenue by expanding Medicaid and legalizing marijuana.

Despite sticker shock from the latest residential property appraisals, a recent report from the Texas Taxpayers and Research Association said that two 2019 laws have slowed property tax growth.

“In 2021, Texas property taxes were a record $73 billion, but had House Bill 3 and Senate Bill 2 not been in effect, tax bills would have tallied $79 billion,” the report said, adding that school district levies for maintenance, operations, and debt service account for just over half of the total.

The laws essentially limit tax growth to 2.5% for school districts and 3.5% for local governments, according to the report.

“Tax bills may still grow as values rise, but a 10% increase in one’s appraised value no longer means a tax bill roughly 10% higher. That tax bill will now grow closer to 3% to 5%,” the report said.

Dale Craymer, the association’s president, told the Senate Finance Committee that dedicating revenue in excess of the state’s spending limit to reduce school property tax rates would be “an appropriate and desirable use of state revenue.”  However, he pointed out doing so would not create a path toward eliminating property taxes given revenue rarely exceeds that limit.

More tax relief is already on the way after voters on May 7 overwhelmingly passed two constitutional amendments with one authorizing the legislature to lower school property taxes for the elderly and disabled and another increasing the amount of a home’s value exempted from school property taxes from $25,000 to $40,000.

That homestead exemption increase, along with an existing 10% limit for residential taxable value increases, should mitigate the impact of appraisal increases, according to Amanda Brownson, associate executive director of policy and research at the Texas Association of School Business Officials.

“As lawmakers consider options for further reductions in property tax rates, we hope they are mindful of doing what they can afford to sustain long term, and that they also keep in mind the needs of school districts, who are seeing increases in cost associated with inflationary pressures and who are working to address significant educational challenges,” she said in a statement to The Bond Buyer.

Inflation is also weighing on cities. Bennett Sandlin, the municipal league’s executive director, said his group did not support the 3.5% cap, which took effect when inflation was still low. With inflation currently at 8.5% pushing up costs for goods and salaries, the legislature is not expected to revisit cities’ share of property taxes, he added.

“In the past, where you had maybe a 2% to 4% salary increase, I think you’re going to see cities needing to go higher just to keep their people from moving into the private sector,” Sandlin said.