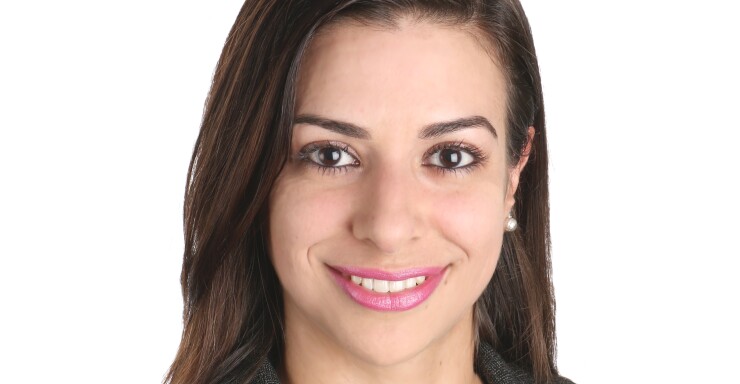 The Puerto Rico Oversight Board won an Appeals Court decision on its central government Plan of Adjustment but lost a ruling on its coverage by local document disclosure laws.

The board lost its battle on sovereign immunity, as a federal appeals court ruled in favor of media that requested board documents be released. The board said it would appeal and an analyst said by the time the issue makes its way through the courts, the bankruptcy will be complete and the issue will be moot.

A three-judge panel had unanimously struck down the teachers’ challenge to the Puerto Rico Plan of Adjustment in late April. The plan freezes future accruals under the defined benefit plan held by those teachers hired prior to August 2014 and eliminates certain cost-of-living adjustments going forward.

In rejecting the request for an en banc hearing, Hamilton said of the six First Circuit judges who could consider this case, three had recused themselves and the other three had already ruled against the teachers. There are three other judges on the court for a total of nine judges but these are senior members who do not participate in petitions en banc, said Florence Pagano, deputy circuit executive.

The clerk said the petition primarily rests on the claim that the lower District Court had relied on the so-called Insular Cases that date from around 1900, but the teachers did not attempt to “develop” this position in the District Court. Hamilton quoted a 1992 First Circuit decision that said, “[L]egal theories not raised squarely in the lower court cannot be broached for the first time on appeal.”

“The teachers are still considering whether they will take the case to the [U.S.] Supreme Court,” said their attorney, Jessica Méndez-Colberg. “Since they are three organizations, they need to meet with their members and discuss it.” She challenged the denial, saying, “the court incorrectly states that the petition rests on contentions ‘never’ developed in the Title III [District] Court.” She said, “the issue of the over-expansion of the holding of the Insular Cases was raised,” in the District Court filings and the briefs submitted to the First Circuit.

“Thus, regrettably, the First Circuit denial is a workaround to not address the important issues raised, disregarding the repercussions of this decision not only for the teachers, but also for the future of Puerto Rico’s Title III proceedings under PROMESA that are still hovered by the infamous Insular Cases,” Méndez-Colberg said.

Long said the courts have repeatedly rejected the relevance of the Insular Cases to PROMESA.

In the other case, the First Circuit ruling may ultimately lead to the board being compelled to release documents it has withheld.

In 2017, Puerto Rico’s Centro de Periodismo Investigativo (CPI) asked the board for a wide range of documents about its operations, but the board resisted releasing many of them. In 2018, Centro sued in the U.S. District Court for Puerto Rico.

On Wednesday, the First Circuit panel supported the District Court’s rejection that “sovereign immunity” allowed the Board to not release the requested documents. “We agree with the district court that, by including Section 106 [of PROMESA], Congress unequivocally stated its intention that the board, could be sued for ‘any action … arising out of [PROMESA],’ but only in federal court,” wrote Appeals Court Judge O. Rogeriee Thompson for the majority.

Congress had a “direct role in the development” of Puerto Rico’s constitution in the 1940s, Thompson wrote. Hence, when Congress created PROMESA it was familiar with the local constitution’s provisions.

The First Circuit majority said the board should create a privilege log listing different types of documents and why they should remain confidential. At that point a District Court judge can decide what documents should be released.

The Oversight Board, in a statement, argued the court, “addressed substantively only one of the Oversight Board’s three issues on appeal, in ruling that Congress intended to abrogate Puerto Rico’s sovereign immunity,” and it “respectfully disagrees with the First Circuit’s conclusion” and will “seek further review of the decision.”

Long said, “By the time there is some resolution in court, the bankruptcy will be complete and there will be zero relevance for bondholders because equitable mootness means none of the plans of adjustment can be undone.”

She speculated the board “made gross misrepresentations about the commonwealth financial condition to creditors and courts, which resulted in significantly lower recoveries for par bondholders.” Additionally, Long said, “Credit rating agencies will need to weigh whatever information is uncovered in light of the obligor being willing to make honest representations about their fiscal condition and ability to pay debt service.”

The First Circuit Court did not address actual documents to be released, so “we don’t know” what CPI will receive, said Mudd, who has several clients in the central government bankruptcy.

“If there wasn’t such a history of poor disclosure and resistance to the market’s long-time calls for better disclosure from Puerto Rico, it would be easier to interpret the board’s resistance to disclosure as a matter of principle rather than an effort to deflect citizen concerns,” Joseph Krist, publisher of Muni Credit News, told The Bond Buyer. “It’s not a very trusting environment.”

In Friday’s Muni Credit News, Krist wrote, “Potentially, the information could blunt or reinforce some of the many suspicions which have characterized the relationships between the government, the citizenry, and the Oversight Board.”

“Improving debt restructuring transparency is critical for promoting debt sustainability and creditworthiness assessments, increasing the accuracy of public debt information, and protecting the interests of a diverse range of stakeholders,” said Antonio Fernós Sagebien, associate professor at Interamerican University of Puerto Rico. “Often, confidentiality clauses are the result of more unsavory motivations: political considerations like an upcoming election; a reluctance to reveal the true state of public finances; self-revealing mechanisms of policymakers that they are unfit to serve due to lack of competence or, simply, corruption.”

“A court has finally put a stop to some of the board’s abuses,” said Judith Berkan, who, together with Steven Lausell Recurt and several law students, represented the CPI. “The people of Puerto Rico have the right to know what their de facto rulers are doing.”

“This is is a major victory for the right to access information,” said Demaris Suárez, president of the Puerto Rico Journalists Association. “The fiscal board cannot claim to be above the law and the constitution, especially in the right of our citizens to know what efforts they make and what they do with the public money.”