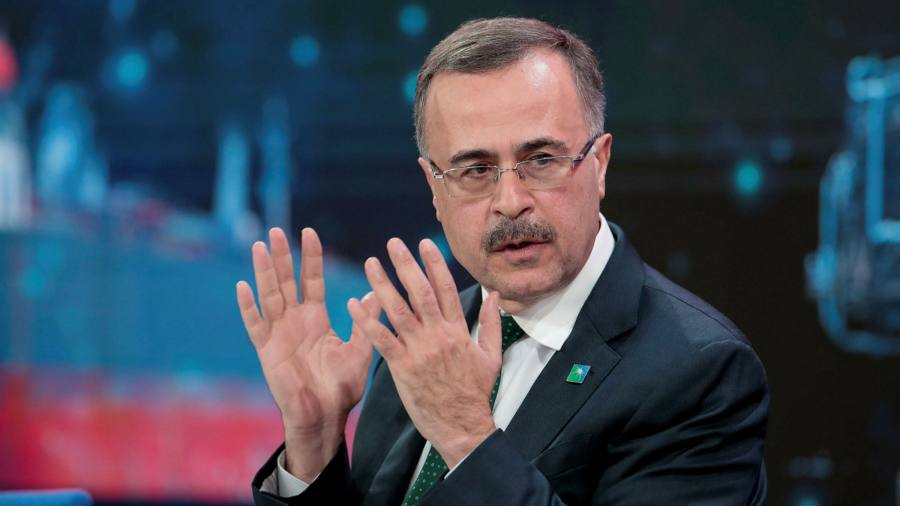 The energy shock sparked by the war in Ukraine has shown the need to overhaul green energy transition plans and maintain investment in oil and gas production, according to Saudi Aramco’s chief executive.

Speaking on the sidelines of the World Economic Forum in Davos, Amin Nasser said under-investment in hydrocarbon projects, that are intended to help the world reach net zero emissions by 2050, had left the industry unable to guarantee affordable energy supplies because little had been done to curb demand.

“The crisis is just indicating to us [that] you are running the whole world with not enough spare capacity,” Nasser told the Financial Times, referring to the amount of additional oil and gas that can be quickly pumped to keep pace with spikes in demand or a sudden disruption to existing supplies.

Saudi Arabia, the world’s biggest crude exporter, has previously issued similar calls to reverse a decrease in investments by western oil majors in recent years. Now the disruption of commodity flows following Russia’s invasion of Ukraine has pushed the issue of energy security back to the top of the agenda. In particular, European governments are rushing to secure alternative supplies to Russian energy, and in some cases are having to burn more coal.

“Instead of really working on a transition that will help the world by 2050, we are pushing the world to more coal because we are not taking seriously the issue of energy security, affordability and availability,” Nasser said.

Current global oil demand is 100mn barrels a day “even in a troubled world”, Nasser said, adding that it could rise by another 5mn b/d once aviation and road transport returned to pre-pandemic levels.

Saudi Aramco pumped an average of 10.2mn b/d in the first three months of the year and has maximum sustained capacity of 12mn b/d, all of which, Nasser said, it could bring online within 30 days.

But few other producers in the world have any ability to increase output quickly, which is a problem that has become more acute since Russia, the second-biggest oil exporter behind Saudi Arabia, invaded Ukraine on February 24. As western buyers began to shun Russian exports following the invasion, the country’s oil production fell to an average of 10mn b/d in April from about 11mn b/d in March, according to data provider OilX.

Brent, the international oil benchmark, is trading at $113 a barrel, up roughly 70 per cent in the past 12 months.

“The 100mn barrel system, because of lack on investment, is really fragile in terms of its ability to cope with any unforeseen interruptions that might happen,” Nasser said.

The soaring oil price helped Saudi Aramco overtake Apple this month as the world’s most valuable company. The state-owned group, which listed a sliver of its shares in 2019, is investing to increase its maximum sustained capacity to 13mn b/d by 2027 and aims to boost gas output by 60 per cent over the next 8 years.

While calling for higher investment, Saudi Arabia has twice contributed to a crash in global oil prices in the past decade, flooding the market with crude in 2015 and again at the start of the pandemic in an attempt to stymie the growth of the US shale industry.

That has contributed to tightening supplies because shale has been slow to recover from the depths of the pandemic, while Saudi Arabia has largely ignored calls from the Biden administration to raise production more quickly when demand recovered.

Companies should invest in oil and gas production until such time as renewable power is able to fully replace hydrocarbons, Nasser said. “Without investment you will not have energy security and you will not have affordability, because with more supply you will have stability in prices.”

Despite falling Russian production in April and predictions from the International Energy Agency and others that a widening embargo on Russian energy will drastically affect Russian exports, Nasser said he expected Russia to continue to place much of the 8mn b/d of crude and refined petroleum it currently sells abroad by diverting supply from Europe to Asia and other regions.

“With the discounts they are offering, they will be able to place crude because at the end of the day crude is fungible,” he said. Russia’s flagship Urals crude is currently trading at around a $30 discount to Brent.

About 85 per cent of Saudi Aramco’s oil exports go to Asia but Nasser insisted that a flow of discounted Russian crude into places such as China posed no threat, not least because he expects long-term demand in those regions to continue to grow. “We didn’t see any significant decline from our customers in China, even now,” he said.

Finding new markets for Russia’s gas would be harder, he said, given that almost all of Russia’s current gas export infrastructure points towards Europe.