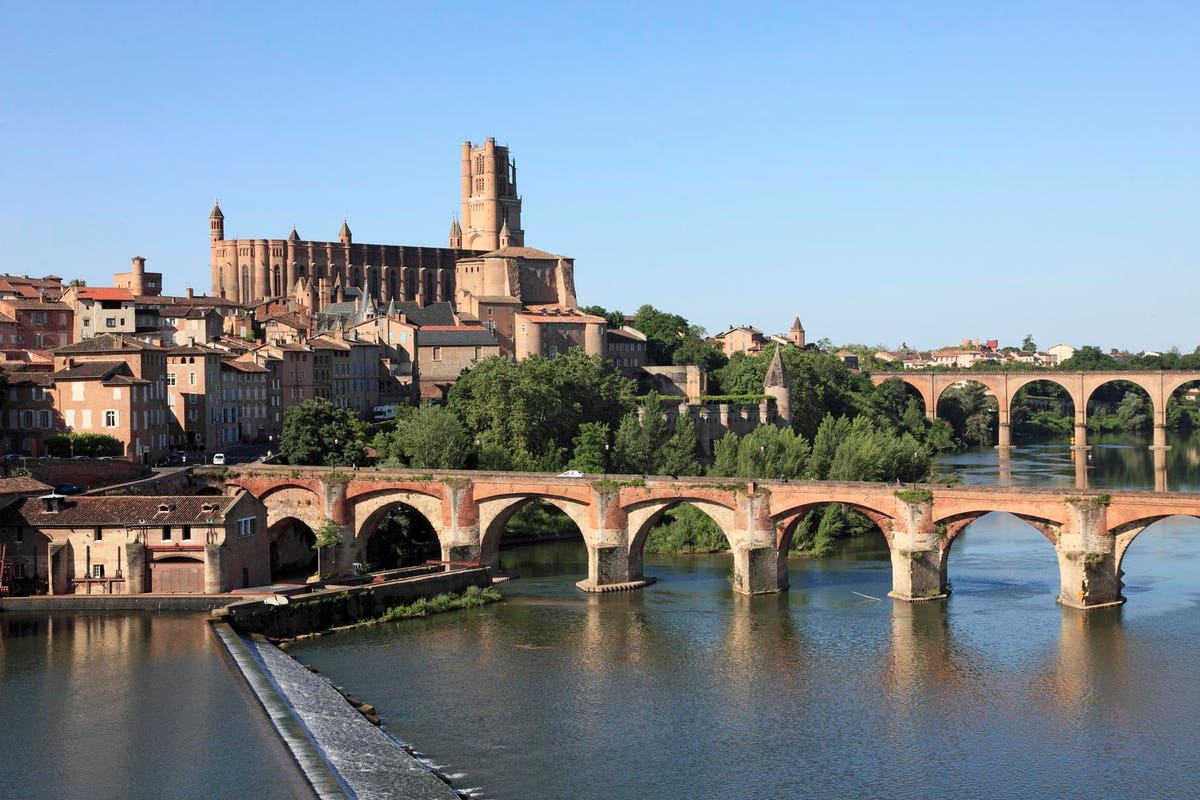 Albi, set on the Tarn River in the south of France, has many claims to fame.

The Episcopal city boasts the Cathedral Basilica of Saint Cecilia with its fortress-like brick exterior and lavish interiors. The consistent French Gothic architecture earned the cathedral, built over 200 years from the 13th and 15th centuries, a UNESCO World Heritage Site designation.

Sharing in the historic designation is the Musée Toulouse-Lautrec, which occupies a 13th century building that was originally the cathedral’s Bishop’s Palace. The museum is largely devoted to the work of the Albi native son and post-Impressionist painter Henri de Toulouse-Lautrec.

Beyond its historical relevance, Albi offers a vibrant quality of life with a music-oriented high school of note, a local rugby team, a contemporary art research laboratory and a gastronomic scene featuring such traditional Albigensian food as pot au feu, a sausage, beef, bean and duck confit dish similar to cassoulet.

Set on six acres out of town amid meadows, vineyards and woods is a 19th century manor home listed at 1.29 million euros or about US $1.4 million.

The renovated residence offers about 3,100 square feet of living space in the main house and another 430 square feet in the guest house. The updated interiors include such details as beamed ceilings, deep window sills and French doors.

On the ground floor of the main house – a buff-colored stone structure with a tile roof, a turret and gray shutters – is a reception room, a living room, a fully equipped kitchen and two bedrooms with their own bathrooms.

Above are two more bedrooms, a dressing room and a shower room. The house looks out on a swimming pool area set in lawn.

The guest house has its own bathroom and could be used as an additional bedroom, a studio or a large office.

Outbuildings include two garages, a cellar and a boiler room.

Also on site are an old bread oven, a well built in the courtyard and ample parking.

Karine Galibert of Groupe Mercure is the listing agent. The property is ideally suited as a family home or for tourism use. The estate about one hour from Toulouse and the international airport there.

Groupe Mercure is an exclusive member of Forbes Global Properties, a consumer marketplace and membership network of elite brokerages selling the world’s most luxurious homes.

Total crypto market cap rises above $1T, and data suggests more upside is in store
US and Germany to send main battle tanks to Ukraine
IMF forecasts UK recession despite other leading economies growing
Hackers take over Azuki’s Twitter account, steal over $750K in less than 30 minutes
Fed expected to slow rate hiking to a quarter point but will stay unrelenting in inflation battle