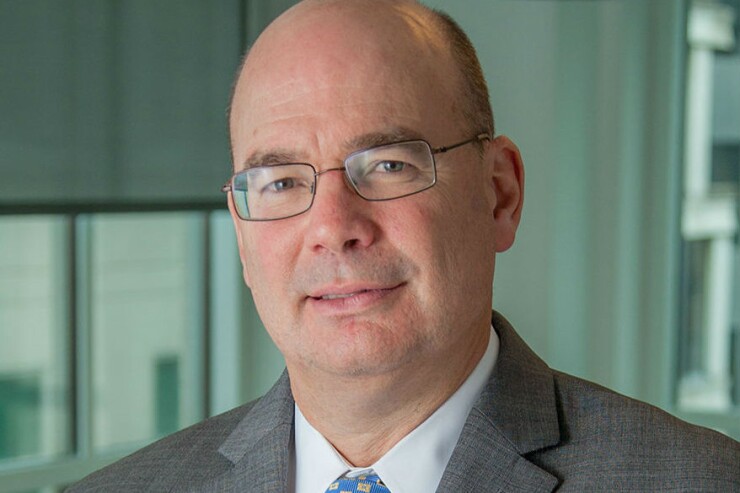 Municipal securities trading volume fell significantly over the past 15 years, led by a drop in short-term paper, while trading volumes increased markedly during months of economic uncertainty and market dislocation, a Municipal Securities Rulemaking Board analysis found.

The board, in its new analysis of trading volumes and activity over the last 15-year period, singled out eight months where trading volume exceeded one million trades, which the board attributed to increasing yields, a spike in the number and par amount traded of customer sales of fixed-rate securities and a decline in the proportion of customer purchases as compared to other trade types, the report said.

“As you can see, it doesn’t happen very often,” said Marcelo Vieira, director of research for the MSRB. “It became something that we noticed quite early in the analysis, that the months with a significant number of trades coincided with some kind of event in the marketplace.”

The report also extensively discussed the mark that the global financial crisis left on the municipal bond industry, particularly with the decline in variable rate securities. The MSRB felt the need to separate short-term paper out from long-term debt to give a fuller picture, said John Bagley, chief market structure officer at the MSRB.

“It became pretty clear to us that to really look at trends in the market, you need to break out the short-term or variable-rate market and the long-term market,” Bagley said. “Because the credit crisis fundamentally changed the short term market and it never has come close to where it was prior to the crisis.”

But the fixed rate has been more stable than the variable rate market has. There have been consistent declines in the number of trades since 2018, coming in at 7.4 million in 2021, but otherwise the number of trades has varied much more year to year than the overall par amount, which has hovered between $1.6 and $1.9 trillion since 2008.

The months in 2008 coincide with the onslaught of the global financial crisis and December 2010 saw the Build America Bond program expire, leading to a high volume of trading of municipal bonds with 1.018 million. The report also credits stock analyst Meredith Whitney with scaring municipal bond investors following her appearance on CBS’s 60 minutes, predicting widespread defaults in the muni market.

This also led to significant redemptions in December 2010 and January 2011, seeing more than $26 billion in outflows during the two months period, the report said.

“Investors moving out of mutual funds and concern about credit for municipalities led to benchmark 10-year rates rising by almost 50 basis points and significantly higher trading levels in December 2010 and January 2011,” the report said.

The August 2013 jump in activity is attributed to the Federal Reserve’s announcement they would be tapering off purchases of Treasuries and mortgage-backed securities, which led to a three day sell off in the municipal bond market, the board said.

December 2016 was attributed to the US presidential election, in addition to the $28 billion in municipal market mutual funds outflows between November 16, 2016 and January 4, 2017.

COVID-19 and the economic uncertainty associated with it caused the second highest monthly trade volumes over the 2007-2021 period, with 1.1 million trades, as trading both in terms of number of trades and par amount traded was highest since 2008.

Yields and trading volumes in the fixed-rate market have been positively correlated during the high-volume trading months occurring at times of market disruption and dislocation, the report said.

“This holds true even as overall trading volumes have declined,” the report said.

Inside The California Mansion Where Harry And Meghan Filmed Their Netflix Documentary
Top Wall Street analysts like these stocks for maximum returns
Fed expected to slow rate hiking to a quarter point but will stay unrelenting in inflation battle
Florida County Map Shows Where The Income Gap Is Biggest
Adani Enterprises calls off $2.4bn share sale