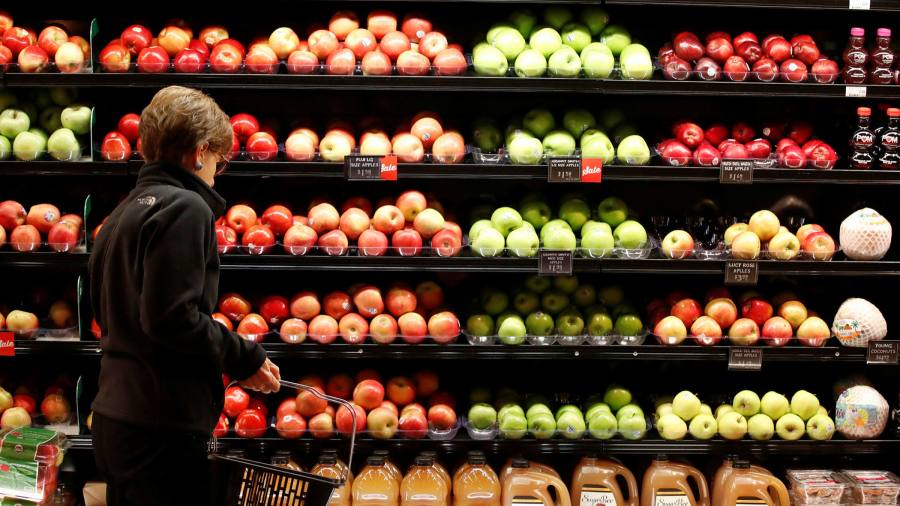 US consumer price growth remained at a four-decade high in April, despite the first moderation in the annual pace in eight months, underscoring the urgency of the Federal Reserve’s push to stamp out inflation.

The consumer price index rose at an annual pace of 8.3 per cent last month, a step down from the 8.5 per cent increase recorded in March, but slightly above economists’ expectations of 8.1 per cent.

Prices climbed another 0.3 per cent from the previous month, slower than the 1.2 per cent rise recorded in March that was fuelled by soaring energy and food costs tied to Russia’s invasion of Ukraine.

Stripping out volatile items like food and energy, however, the monthly rise in core CPI increased at a faster pace than the previous month, at 0.6 per cent compared to 0.3 per cent in March. On an annual basis, that amounted to a 6.2 per cent increase.

The data, published by the Bureau of Labor Statistics, may represent the beginning of a peak in the coronavirus pandemic-era inflation surge caused by red-hot consumer demand coupled with severe supply chain bottlenecks.

Economists broadly expect the pace of consumer price growth to moderate further from these levels as the immediate effects of the war in Ukraine abate. The headline annual inflation reading should also start to fall in the coming months as it starts being compared to the very elevated levels logged last year.

However, evidence that price pressures are no longer a phenomenon exclusive to sectors most affected by pandemic-related disruptions — but rather a broad-based trend affecting all sectors — has stoked concerns that inflation is becoming a persistent problem.

US president Joe Biden on Tuesday stressed that fighting inflation was his administration’s “top economic challenge” as he voiced support for the Fed’s efforts to tame inflation.

The Fed has ramped up its efforts to contain price pressures, implementing its first half-point rate rise in more than two decades this month. Further such increases are expected in June and July, and potentially even September, with the federal funds rate expected to reach 2.7 per cent by the end of the year.

The Fed’s reduction of its $9tn balance sheet will also commence in June, the second of two levers the Fed is using to cool down the economy.

The key question for investors is whether the US central bank can bring down inflation without causing a recession. John Williams, the president of the New York Fed, said this week the challenge of engineering a soft landing would be difficult but “not insurmountable”.

Financial markets have gyrated wildly in recent days, with equity markets registering steep losses and US borrowing cost marching higher. The 10-year Treasury yield now hovers around 3 per cent, roughly double its 1.5 per cent level at the start of the year.