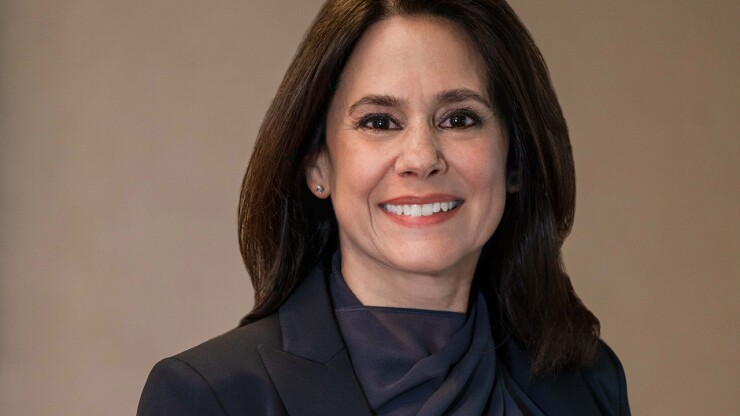 The Federal Reserve Bank of Dallas on Wednesday named central-bank insider Lorie Logan as its next president, succeeding Robert Kaplan, who resigned last year following disclosures about his personal trading activity in 2020.

Logan, 49, currently oversees implementation of the Fed’s monetary policy as manager of the Fed’s $9 trillion securities portfolio and executive vice president of the Federal Reserve Bank of New York, where she has led Market Operations, Monitoring and Analysis since 2012.

The appointment is effective Aug. 22. The Dallas Fed’s next turn to vote on monetary policy is in 2023.

Logan will become the eighth woman among the Fed’s 19 policy makers once she takes office, helping further diversify a group that has historically been dominated by White men. She is already well known among top officials: In her current role she attends Federal Open Market Committee meetings and advises policy makers on their decisions.

Presidents of the 12 regional banks rotate their vote annually — except New York which goes every year. Officials are currently trying to curb the hottest inflation in decades by removing emergency pandemic support, while attempting to avoid stalling the economy in the process.

“What we’re seeing is a huge, seismic shift in the composition of the Fed, and a much more balanced shift on gender — some on race, not as much as I’d like,” said Diane Swonk, chief economist at Grant Thornton LLP and a longtime Fed-watcher. “It’s a critical time to have that kind of experience given what we’re doing simultaneously on raising rates and reducing the balance sheet. Understanding all of that is going to be critical.”

Logan fills a role vacated by Kaplan in October as the Fed was engulfed in its most serious ethics scandal in years.

The announcement of his resignation, on the same day that Boston Fed President Eric Rosengren said he was stepping down due to ill health, followed revelations of their unusual trading activity as the central bank swept into action to shield the U.S. economy from COVID-19.

Fed Vice Chair Richard Clarida also came under scrutiny for his transaction on the eve of a Fed statement signaling it was getting ready to calm market panic. He resigned Jan. 14, ahead of the expiration of his term as governor on Jan. 31.

The Boston Fed announced in February that University of Michigan economist Susan Collins, the first black woman to lead one of the central bank’s districts, will become its new president on July 1.

The scandal provoked a demand from the Senate floor by Massachusetts Democrat Elizabeth Warren for an investigation of potential insider trading. Chair Jerome Powell asked the Fed’s internal watchdog to investigate and the central bank subsequently adopted sweeping restrictions on officials’ investing and trading, prohibiting the purchase of individual securities and boosting disclosure requirements among policy makers and senior Fed staff.

The Dallas Fed district encompasses the oil producing regions of Texas, southern New Mexico and northern Louisiana and analyzing the energy sector is one of the bank’s research strengths. Its proximity to the Mexican border has also made immigration a significant focus for the bank in recent years and just under 40% of the district in Latino.

Hispanic members of Congress wrote to the Dallas Fed earlier this month urging it to pick a Latino to serve as its next president.

Patricia Zobel, Logan’s deputy as head of the Fed’s bondholdings, known as the System Open Market Account, will become manager “pro tem” of the portfolio.