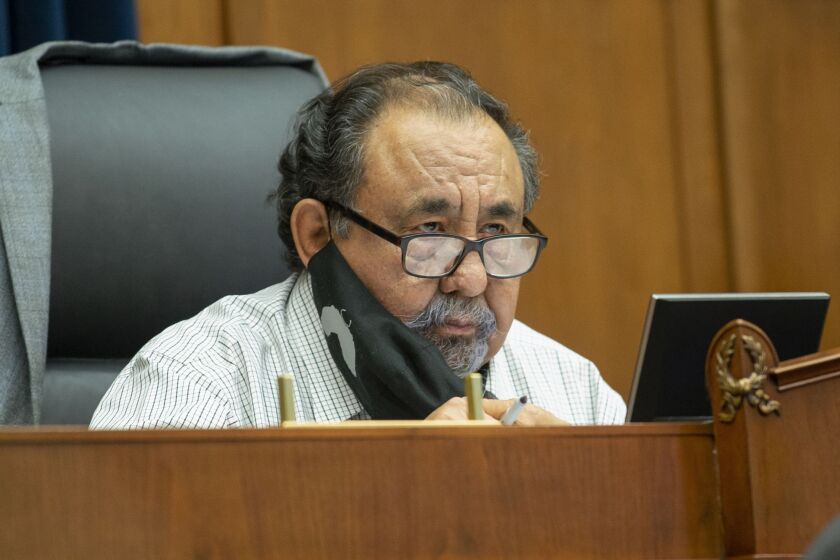 While many observers welcomed the bankruptcy judge’s approval of the Puerto Rico Plan of Adjustment, some warned the current restructuring is not a cure all for the island’s underlying fiscal troubles.

Participants say there is a long road to sustainable recovery for the island that is dependent on the local government keeping its spending in check so that history does not repeat.
“The agreement, although not perfect, is very good for Puerto Rico and protects our pensioners, the university and our municipalities, which serve our people,” said Puerto Rico Gov. Pedro Pierluisi. “In addition, it significantly reduces our government’s debt to a sustainable level that will allow us to meet our obligations while having the resources to grow our economy and guarantee essential services to our people.”

The court decision to restructure Puerto Rico’s central government debt “is the culmination of years of work by Congress, federal courts, and the island’s legislature,” U.S. House Natural Resources Committee Chair Raúl Grijalva. “It is not a perfect debt restructuring plan, but it will considerably reduce the financial burden on the residents of the island and the local government.

Grijalva said the focus going forward must be on rebuilding the Puerto Rican economy “so that even its most vulnerable residents are able to thrive, and the Natural Resources Committee will be holding oversight hearings to ensure that it does.”

Puerto Rico House of Representatives Speaker Rafael Hernández Montañez spoke of the negotiations among the Puerto Rico legislature, governor, and Oversight Board to find a deal whereby the legislature passed a law to support the debt restructuring.

“Today marks practically a year of exhausting efforts, communications, and consensus, which were always based on the search for guarantees that our people would have access to progress and a better quality of life,” Hernández Montañez said. “What seemed impossible, today became reality. Puerto Rico begins the process of restructuring its debt with an agreement that protects the pensions of our retirees, defends our University of Puerto Rico, and grants resources and opportunities to our municipalities.”

“With the approval of the debt restructuring Plan of Adjustment, Puerto Rico takes one of the most important steps to succeed economically and do away with one of the stark indicators of our colonial status, the Financial Oversight and Management Board for Puerto Rico,” she said.

Officials from OFG Bancorp, Puerto Rico’s second largest bank, said it the plan’s approval was positive news, but that achieving it was the easy part.

“The hard part is getting Puerto Rico on the track to sustainable development,” said Chief Executive Officer José Fernandez.

Nevertheless, Fernandez said he was optimistic that would happen, noting the Oversight Board’s mandates, private sector growth, and there is the expectation of diversified and lower-cost electricity.

Puerto Rico still faces a substantial pension burden that exceeds 20% of its annual budget, and to afford this ongoing liability, structural changes will be needed, a person involved with negotiating PROMESA said. Puerto Rico still needs to put in place both fiscal and structural reforms, including a strong, independent chief financial officer and a competitive tax structure, to invest in its future, he said.

“These should now be the priorities for the government during the remaining term of the Oversight Board,” he said.

Oversight Board Chairman David Skeel said the board is hopeful that with the adoption of a Plan of Adjustment, this year’s budget can be considered the island’s first structurally balanced budget under the board.

The Puerto Rico Oversight, Management, and Economic Stability Act requires four consecutive balanced budgets, as defined by generally accepted accounting principles, before the board can be disbanded. The island’s government must also regain access to the capital markets.

“Even though the municipal market is quite forgiving, the losses here have been substantial and will not be totally forgotten for some time,” said John Hallacy, principal of John Hallacy Consulting. “Having said that, the market will establish a clearing price that all collectively believe is appropriate. Issuances may need to be more modest for a period of time.”

“All can agree that the best result will be if the Island’s economy improves over time,” Hallacy added.

University of Puerto Rico Political Science Professor José E. Garriga Picó was more bullish on how the receptive the markets will be.

“Once Puerto Rico begins to pay, if everything goes according to plan, in six months or so I think creditors would begin to look favorably at Puerto Rico borrowing instruments,” Garriga Picó said.

Once the board departs, local politicians may be tempted to spend too much, Garriga Picó said.

He suggests “a local fiscal board or general comptroller office should be created by amendment to the commonwealth constitution to prepare yearly, update and enforce a biennial fiscal plan for Puerto Rico finances.

“This office should be independent of parties, with members appointed to 10-year terms, like the Contralor is right now and its money allotted by a formula that neither the governor nor the Legislative Assembly can change,” Garriga Picó said. “I am working on a proposal to that effect with a group of colleagues.”

The deal has its critics and warnings of future financial and political problems.

“Puerto Rico had more than sufficient capacity to pay all their debts but the [Oversight Board] chose to spend four and half years fighting creditors instead,” said Puerto Rico Clearinghouse Principal Cate Long. “The debt restructuring will likely encourage Puerto Rico politicians to run up their debt again knowing a sympathetic judge will discharge their debts without them having to make any spending adjustments and cutting taxes multiple times.”

“The fact that debt adjustment happened with four and half year-old financial data has no historic equivalent,” Long said.

Others were critical of the board’s and local government’s activities and concerned about where these will lead the island.

“The Commonwealth will be insolvent before 2034,” Puerto Rico attorney John Mudd said. “The Plan of Adjustment and the findings of fact mention that Puerto Rico has enough money to pay its debt until 2034 and from then on, if it makes the structural changes it needs to make, it will be able to do so. Until now, the board has been unable or unwilling to force the government to make these structural changes…. Problem is, politicians do not want to make these changes.”

Mudd has concerns that when the board departs, lawmakers will be able to increase spending and put the commonwealth back where it was pre-bankruptcy.

“Once the board is terminated as per PROMESA, there is nothing in the law that would bring it back,” Mudd said. “My analysis is that Congress would have to enact another law in order to have a new board or Title III.”