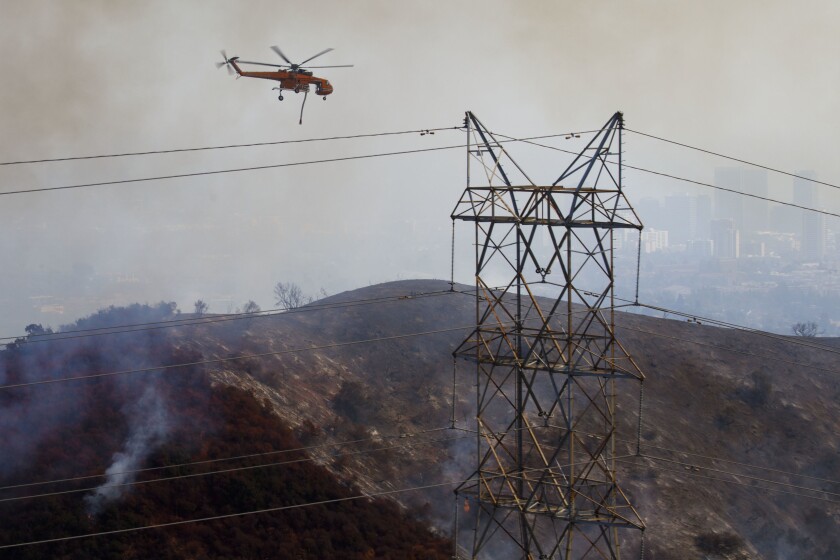 When the Los Angeles Department of Water and Power brings a $375 million deal this week, the bonds are not likely to be dinged by the one-notch downgrade to AA-minus from Fitch Ratings in April, nor the news in December that a former general manager had pleaded guilty to felony bribery.

A retail order period for the power system revenue bonds is planned for Wednesday with institutional pricing slated for Thursday. Barclays will run the books.

“We do not believe the downgrade on the power bonds or the outlook change to negative on the water bonds from Fitch had any material impact on the pricings based on our review of spreads to the [Refinitiv] MMD for bond issuances before the downgrade and outlook change compared to the June and November bond sales,” Ellen Cheng, an LADWP spokeswoman, said in an emailed response. “Similar to recent pricings, we do not believe it will have a material impact on the upcoming pricing.”

Market participants and recent trading backs up this sentiment.

“I don’t think LADWP yields will have a penalty for the Fitch downgrade,” said Craig Brothers, senior portfolio manager and co-head fixed income/partner for Bel Air Investment Advisors. “The bond has such a long history as an AA-rated, essential service bond. It would take more than a one-notch downgrade by Fitch to change the perception of LADWP.”

Brothers expects the “pricing to be favorable and the bonds to receive a similar reception as the Aa3/AA-minus Los Angeles World Airport deal that priced last week.”

Barclays and TD Securities are lead managers on the deal that includes a six-bank syndicate. PRAG is municipal advisor.

As of June 30, 2021, the power system’s total outstanding long-term debt balance, including the current portion was roughly $11.4 billion, according to unaudited financial documents for June 30, 2020 and 2021. The increase of $599.1 million over the prior year’s balance was due to $1.1 billion of new debt issuances in fiscal year 2021, $252.8 million in issue premiums, offset by scheduled maturities of $179 million, defeasance of $493.4 million in the power system’s revenue bonds and $102.8 million in amortization on premiums and discounts.

The Los Angeles Department of Water and Power has also faced negative headlines when its former general manager, David H. Wright, 62, of Riverside, pleaded guilty to one count of bribery on Dec. 6.

The offering documents for the upcoming sale included no information about the charges against Wright.

LADWP worked with disclosure counsel to develop the preliminary offering documents and said it believes the information doesn’t include any “untrue statement of material fact, nor omit to state a material fact, other than information permitted to be omitted pursuant to Rule 15c2-12,” Cheng said. She added that they have received no investor queries related to the matter.

“It’s not affecting the rating at this moment,” said Audra Dickinson, a Fitch US Public Finance director. “We changed the ESG to a three from a four, that’s recognizing once anything moves above a three, it’s considered elevated. At a level of four, it affects the credit profile, but not the rating. It’s on our radar, but we did not take rating action, because of that.”

The rating agency also says the decision in December by LADWP’s board to appoint an inspector general and to seek outside counsel separate from the city attorney’s office “gave assurance,” Dickinson said.

“The fact the board was taking those steps was considered and viewed positively,” Dickinson said.

Fitch currently views the management structures as generally sound, and as to whether Fitch could take further action remains to be seen, but it will be tracking the changes proposed in the wake of the billing issues and charges lodged against the former general manager, she said.

“We hope that investors will keep strongly supporting LADWP issuances, as they have in the past,” Cheng said. “Technically, we see a supply imbalance with significant redemptions and coupon payments against a limited amount of new offerings, so we believe there continues to be value with tax-exempt bonds, especially in a high-tax state like California.”